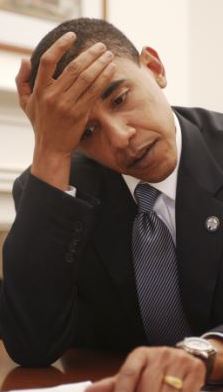 Raising the minimum wage has been on Democrats’ wish list for a long time now. It’s a puzzling issue to press, given that the president has insisted job creation is a priority for his administration. There is a universal consensus by economists that minimum wages result in fewer jobs, not more. Still, the calls from legislators for higher wages have been relentless, and it looks as though Congress will have to vote on a minimum wage bill sometime this year.

In anticipation of this reality, the Congressional Budget Office (CBO) provided a detailed economic score for the proposal to increase the minimum wage to $10.10 an hour. Perhaps unsurprisingly, the results are not what Democrats hoped for.

Overall, the CBO estimated that the proposed increase would destroy around 500,000 jobs, with an acknowledgement that that number could reach as high as one million. This is not what Democrats wanted to hear, and the White House was quick to push back with an alternative—and delusional—estimate that predicts zero jobs lost.

That’s right. The Obama administration is claiming that you can forcefully dictate higher prices for a good (in this case, labor) without reducing the number of people who are willing to pay for it. It flies in the face of all logic, as well as all economic theory, but neither of these are of very much concern to a mindset that holds Utopia as an attainable goal—if only Republican obstructionists would get out of the way.

Americans have been duped time and time again by the promise that we can get something for nothing. But a refusal to face reality inevitably leads to bad policies that damage the country and the prosperity of its citizens. We need legislators who understand that there is a cost for everything, that there is no such thing as a free lunch—or a free salary.

The dismal job numbers were not enough to dissuade some Democrats from doubling down, however. The Democratic candidate in the Kentucky Senate race, Alison Lundergan Grimes, has made the minimum wage a central plank of her platform. She dismisses the resulting job losses by pointing to the CBO’s claim that higher wages would lead to a net increase in income across the country. Such theories sound good on the campaign trail, but will be small consolation to those listening from the unemployment line.

It is not government’s role to dictate who should work and who shouldn’t. The kind of ruthless calculations that rob people of their livelihoods for the “greater good” represent the hubris of government power brokers who think they know better than you. Don’t be fooled again—when Washington picks winners and losers in the marketplace, it is always the connected interests who win and the American people who lose.

Even if the job loss isn’t as high as the CBO projects, there are other negative consequences to the minimum wage that should be taken into account. First of all, it is inflationary—a hidden tax that hurts all of us by creating uncertainty, inefficiency and a gradual erosion of the value of our money.

Artificial wages also make things more difficult for new start-ups. The minimum wage, like most labor regulations, strongly favors incumbents who can afford the extra costs of the policy, forcing new entrants to close their doors before they even got started. Over time, this lack of competition has harmful effects on prices, quality of service and innovation. It’s the last thing our economy needs as we are still struggling to regain a vibrant labor market.

Polling shows, time and time again, that Americans are more concerned about the lack of jobs than any other issue. At a time when millions of Americans are still struggling to find gainful employment, the Obama administration should focus less on scrambling to preserve what’s left of its progressive legacy, and focus more on putting Americans back to work.

In the months counting down to Election Day, the burden is on the Democrats to explain why ignoring the CBO’s warnings and pushing job-killing legislation “seemed like a good idea at the time.” I’m sure those feeling the pain of long-term unemployment are all ears.