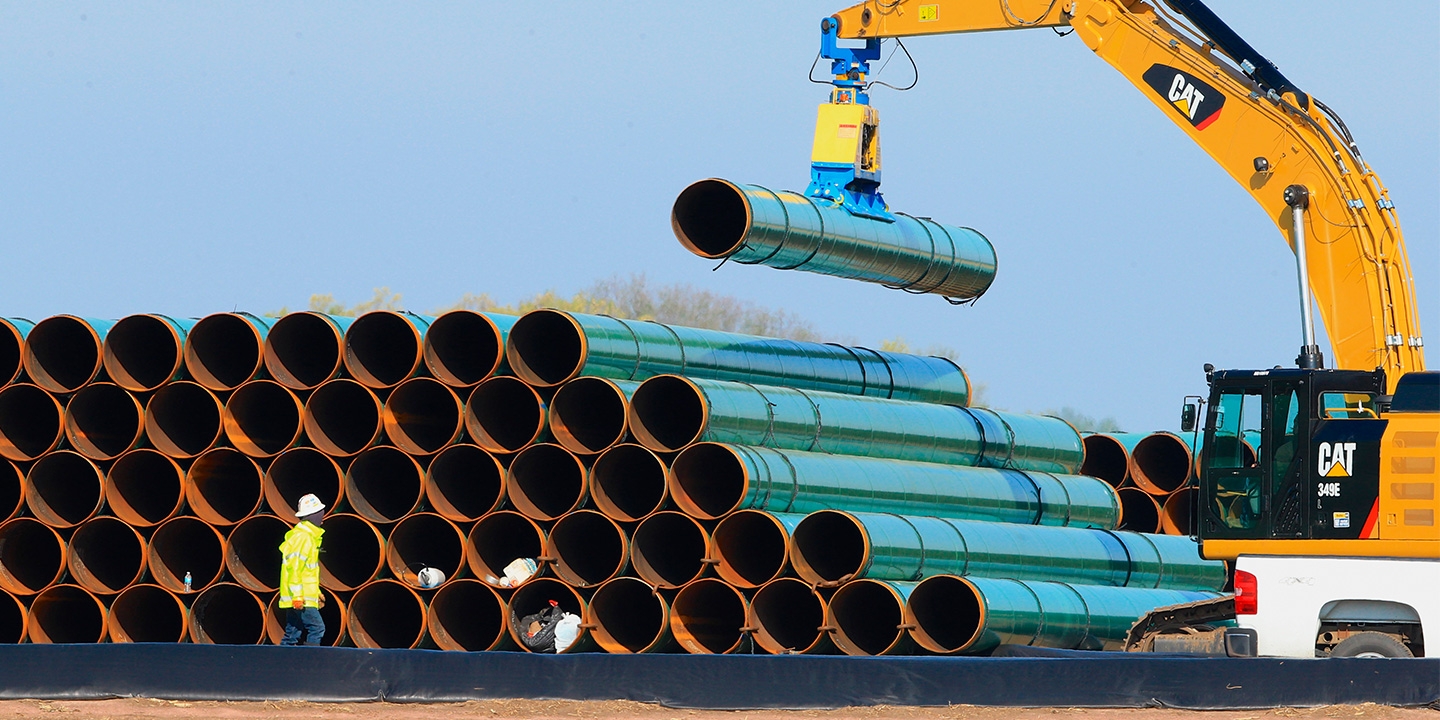 Seemingly every day some politician or another, usually from the left of the political spectrum, calls for more infrastructure investment. In North Dakota there is a $3.7 billion infrastructure project under construction. This project received all the necessary federal permits and is 60% complete. But now the Obama administration, bowing to radical left wing protestors, has thrown the project into doubt with its unprecedented decision last Friday to halt construction on one section of the project. Apparently infrastructure investment is not the priority we were led to believe.

The project in question is known as the Dakota Access Pipeline. It would carry domestically-produced oil from North Dakota down to Iowa to connect booming production from the Bakken oil field with the rest of the country. As much as 50% of the total production from the Bakken could pass through the new pipeline. This oil from the Bakken is currently transported to market by rail, a significantly more dangerous mode of transportation. Transporting oil by pipeline instead of rail will not only be safer, it will free up rail capacity for transporting agricultural products which were being crowded out by the huge quantities of oil on the tracks.

So billions of dollars in economic investment, thousands of jobs, improved safety, increased tax revenues, reduced costs for farmers, sounds like a great project, right? Not to radical environmentalists. These extremists have decided that any use of fossil fuels is evil and have undertaken repeated efforts to prevent oil and other fossil fuels from reaching markets. These radicals indulge in the fantasy that if they can keep oil and gas in the ground that people will magically cease using gasoline for their cars or gas to cook and heat their homes.

There are 180,000 miles of oil pipelines crisscrossing the United States. There are occasional spills, but pipelines are by far the safest and most environmentally-friendly means of transportation, far outstripping the alternatives like trains or trucks. What radical environmentalists don’t seem to know, or more likely refuse to understand, is that oil from the Bakken oil field is still going to be transported to market. Delaying or stopping this pipeline just means that it goes by another, less safe mode of transport.

Now the unrealistic, anti-development agitation of fringe environmentalists is nothing new. What makes this incident notable is that the intervention of the president into this issue flouts the rule of law. The developers of the pipeline had already gone through a years-long process to get the appropriate permits from federal and state governments. Indeed on Friday a federal judge ruled against the protestors, allowing the project to proceed as it had satisfied all legal requirements. In a highly unusual action, just minutes after this ruling the Obama administration announced that they would be reviewing the already-issued permits, halting construction on a section of the pipeline. What is the value of a federal permit if the administration can go back on it to cater to the whim of some extremist protesters?

Freedom of the press isn’t so free when government officials vote to punish a filmmaker for distributing a documentary film. Revealing their bias against conservative media, the Democratic commissioners on the Federal Election Commission (FEC) voted to punish the maker of a film critical of Barack Obama, Dreams of My Real Father: A Story of Reds and Deception, earlier this year. The film that was distributed free prior to the 2012 election. Yesterday, Republican FEC Commissioner Lee E. Goodman, who has been warning of efforts by her Democratic colleagues to regulate conservative news sites, condemned their votes restricting the filmmaker’s speech, warning that:

Following the U.S. Department of Labor’s promulgation today of a fiduciary rule that will make it more complicated for older Americans to get retirement investment advice, FreedomWorks Foundation Executive Director Curt Levey commented:

Following the release of a letter from Senate Majority Leader Mitch McConnell (R-Ky.) to the National Governors Association, in which he urged states to cease compliance with the EPA’s Clean Power Plan regulations, FreedomWorks Foundation Executive Director Curt Levey commented: