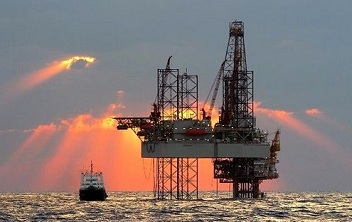 Last week the Obama administration released yet another regulation intended to undermine the viability of the offshore oil and gas industry in the United States. On July 7, the Department of Interior announced its new rules for drilling offshore in Alaska. For the first time ever, the administration decided to create special rules for Alaska, more onerous than the rules that apply to offshore production in the rest of the country. No accidents or incidents have occurred to warrant these new aggressive rules, but then for a regulator when it comes to regulation, there never seems to be a need to ask why.

The Beaufort and Chukchi Seas in Alaska are estimated to hold about 23 billion barrels of oil and more than 2.8 trillion cubic meters of natural gas according to the Bureau of Ocean Energy Management. This vast bounty has drawn significant interest from oil and gas companies for many years. However, the technical challenges of drilling in the Arctic are significant: freezing temperatures, floating ice, storms, and the like. These challenges make offshore drilling in Alaska quite expensive from the outset. These high costs have been on display since oil prices crashed as leaseholders in the Arctic have delayed drilling activity to wait until prices rebound.

But this pause in activity was not enough for the regulators and their environmentalist allies; they want to choke off any possibility of future development in the Arctic. Thus, last week’s rules. These stringent new rules follow the administration’s decision last year to cancel offshore lease sales in the Arctic and refusal to extend existing leases. As Sen. Murkowski of Alaska commented recently, “above all, it is the chaotic federal regulatory regime that is discouraging investment.” Regulators are designing and implementing a de facto ban on offshore drilling in Alaska, usurping the role of Congress and ignoring the free market .

These actions in the Arctic are just another entry in the Obama administration’s regulatory attack on offshore drilling. In April of 2016, the administration issued new well control rules that industry associations warned would force many small operators out of business due to increased regulatory costs. In March 2016, reversing his own administration’s decision of just a few years ago, the president announced that he would ban offshore drilling in the Atlantic. In 2011, the Obama administration was held in contempt of court for slow-walking offshore permits in an illegal effort to prevent development by not acting, just one skirmish in the months-long “permitorium” imposed by regulators.

Over the Obama presidency, this hostility has had predictable results: oil and gas production offshore has fallen throughout, even as oil and gas production on state and private land has boomed. That decrease has meant less revenue for the federal government, fewer jobs for Americans, and more oil supplies that must come from foreign countries. All to make far left environmentalists feel good. This is the danger of an unaccountable regulatory state captured by left-wing special interests: the power of the government wielded against an industry viewed as the enemy.