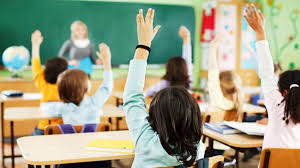 Last year, Congress passed the Every Student Succeeds Act (ESSA) with bipartisan majorities in the House and Senate, reflecting a consensus that the federal government needed to pull back from the prescriptive mandates of the No Child Left Behind law and give states more flexibility. While imperfect, the ESSA sought to move in the right direction. Like most laws, however, the ESSA left a significant amount of implementation decisions to the administrative state, in this case the Department of Education. The Obama administration in new proposed regulations is seeking to use this regulatory power as a back door to continue imposing federal control over local education issues, even potentially continuing its efforts to force Common Core on unwilling states.

As highlighted last week in a Senate hearing chaired by Sen. Alexander (R-Tenn.), one of the chief authors of ESSA, the law specifically sought to prevent the Department of Education from imposing Common Core on the states. As noted in the hearing, ESSA makes clear that each state must “assure” the Department of Education that it has adopted curriculum standards. However, section 299.16 of the proposed regulations would require each state to “provide evidence” of adopted curriculum standards. As Sen. Alexander rightly noted in the hearing, this seemingly minor language alteration leaves a potentially gaping hole: under these regulations federal bureaucrats could reject a state’s curriculum standards for insufficient evidence, and keep rejecting any curriculum that does not conform to the federal government’s preferred Common Core guidelines. These sort of regulatory games are precisely how the Obama administration attempted to impose Common Core under previous law.

This is only the most glaring regulation hidden in the more than 190 pages of proposed rules. The rules include numerous prescriptive mandates on the states, almost as if federal bureaucrats are deliberately ignoring the intent of the ESSA in order to maintain federal controls on state education. For example, despite widespread opposition to testing mandates, the proposed rules seek to require states to take “robust action” against schools which do not reach the arbitrary threshold of 95% participation in standardized tests. The Department of Education is effectively seeking to punish parents who choose to opt out of high-stakes testing, treating their judgement as worthless.

The proposed regulations also create what is described as a “summative rating system.” This would require each state to come up with a single rating system for its schools based primarily on scores on federally mandated tests. Nowhere in the ESSA is the department directed to take this action, the bureaucrats have simply made it up.

The Department of Education is hoping to sneak these rules through without much fuss, giving only a short window for the public to read and comment on the over 190 pages of rules and mandates. Make your voice heard before the comment period closes on August 1st. Tell the Obama administration to reject these rules that seek federal control over local education, comment at this link and make your voice heard.