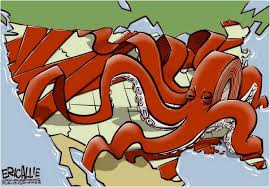 As of the beginning of this week, the Federal Register clocked in at 71,103 pages. For comparison, during the whole of the 1990’s, the record high for an entire **year **was just 71,161 pages, reached in 1999. With more than two months to go in the year, the Obama regulatory state has already blown by the most active regulatory year of the Clinton administration.

2016 is just the exclamation point on the regulatory excess of the Obama administration. The Obama administration has issued over 200,000 pages of new regulations over two terms, more than any other president. At over 600, he has also issued more major regulations, those causing more than $100 million or more in harm, than any other president by far. Twenty percent more than his immediate predecessor.

The result of this hyperactive regulatory activity is obvious: persistently weak economic growth throughout the Obama presidency. In fact, the Obama economic “recovery” is the weakest run of economic growth in the post-WWII era, averaging a mere 2.1% per year. With the weight of the regulatory state pressing down, the American economy has gone nowhere, with workforce participation rates stuck at levels not seen since the stagnation of the 1970’s.

Recent polls show that young people, who have spent most or all of their working lives under the Obama economy, have a poor view of “capitalism.” But the Obama economy, oppressed and controlled by the ever growing regulatory state, hardly qualifies as capitalism. When young voters reject the current American economic system, they are rejecting the stagnation and lack of opportunity that is the inevitable result of the overmighty regulatory state. Revealingly, when asked their opinion of a “free-market system,” 72% of college-aged Americans expressed support.

Regulation is holding our country back, suppressing growth, and limiting the future prospects of Americans. A majority of Americans believe that their children will be worse off than they are. What is the Obama administration’s response? More regulation. A record amount, in fact.

We're going to tear them all to shreds, OBAMA the LOSER, so write away, pen and phone tird-man Obama.