She displayed this map, showing the large deposits of shale gas around the nation that could be mined by fracking: 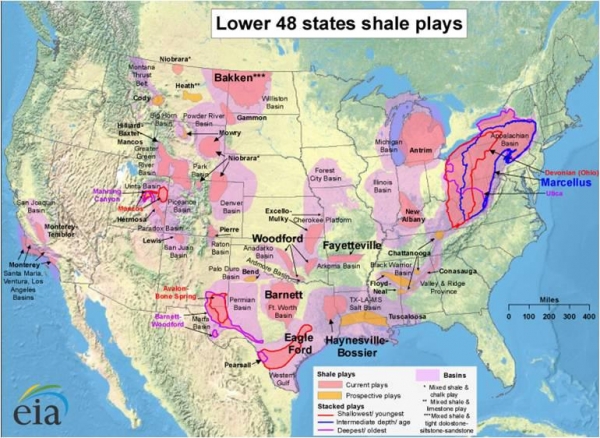 Her point was clear: one of the largest deposits that's currently paying off is the Marcellus Shale, in western Pennsylvania and eastern Ohio. As perhaps the most prominent battleground state in the presidential election, Ohio's economic conditions will have an effect on the entire nation. And make no mistake - the economy is improving in Ohio, NOT because of Obama. It's due to fracking.

This is already having an impact on Ohio's economy because surveyors are showing up at people's doors and saying, "If you sell me your property today, I'll write you check on the spot for a million dollars--and give you 20% every month from now on for whatever we get." Forget the auto bailout. It's fracking.

She made it clear that it is urgent that we educate as many voters as possible. We must disabuse swing voters of the myth that Obama's policies have had any success.

I was able to discuss this with her in further detail in a quick interview. Take a listen here.

As we near election day, it is imperative that people understand how Ohio's unemployment situation has been improved by fracking and how inversely it could be harmed if Obama wins a second term. The stakes are high and our time is short to get this information to voters, especially in Ohio.