ObamaCare Is Bailing Out Insurance Companies - On Your Dime 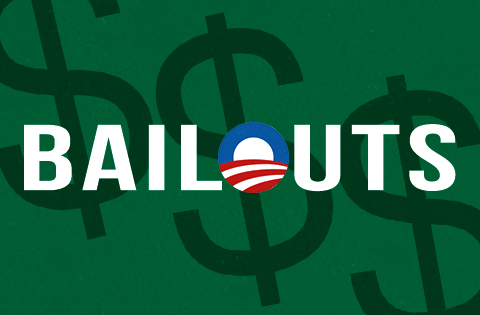 A basic concept of health insurance is that payments to patients come from a common pool of money – meaning that every customer pays in. When too many people in the pool need payouts, everyone’s premium goes up to compensate. While crafting their health care takeover, the ObamaCare team realized that if insurers were to go along with being forced to cover millions of new, less-healthy patients, their response would be to increase premiums across the board to compensate. Thus, they built several components into the law which are intended to keep insurers from taking “undue losses”: reinsurance, risk adjustment, and risk corridors.

In particular, the “risk corridors” program in ObamaCare (section 1342 of the law) protects insurers from severe losses by taking money from providers who pay out less than a set target amount and distributing that money to providers whose plans pay out more than that target amount. That way, if the people who are more expensive to cover disproportionately choose certain insurers, those companies are not placed at a disadvantage.

The risk corridors were supposed to be mostly self-funding – in theory it was mostly insurers bailing each other out, not the taxpayers. In reality, the disastrous rollout of the health insurance exchanges in October of 2013 caused great difficulties getting enough healthy (and therefore cheap to cover) individuals to enroll in health insurance plans. Even once the administration managed to coax enough people into the exchanges, many of those enrolled failed to actually fully sign up or to pay their initial premiums. Faced with this uncertainty, insurers in several states began to propose significant premium increases – on top of the huge price increases ObamaCare caused in 2014.

For the Obama administration, having insurance premiums significantly rise for the second year in a row would be a political nightmare – especially since most states require the next year’s premiums to be released in the early Fall – weeks before election day. Vulnerable Senate Democrats, already having difficulty defending their support for a law that had caused millions to lose their existing insurance, would have to try to explain why that law they had voted for – the “Affordable Care Act” – had made insurance less affordable.

The administration issued a rule which stated that if insurance companies’ losses exceeded the amount provided by the risk corridors under the law, the government would pay the rest – a direct federal bailout of the insurers. Since Congress would not authorize any new spending to cover the cost, the government declared that they would collect “user fees” instead. Regardless of whether these “fees” are legal (and that’s debatable), it is outrageous that the administration is directly using taxpayer dollars to essentially bribe the insurers into hiding the true cost of ObamaCare to consumers. And these user fees, of course, will be passed on to consumers – if you have insurance, you will pay for this bailout.

The cost to taxpayers for this little political maneuver? A billion dollars, at least, according to a House Oversight subcommittee, and it could very well cost more.

The bailout won’t just be a one-year deal. ObamaCare’s very design incentivizes the least healthy among the uninsured to sign up, and the young healthy population to find a way around it. In order to keep insurers in the game, the administration may well be forced to keep the risk corridors, their supposedly temporary automatic bailout, in force indefinitely.

The solution is to replace ObamaCare with policies that actually increase access to health care by lowering costs, not to just give money away to Big Insurance. Congress can put a stop to this, but lawmakers are too afraid of the insurance companies’ wrath. Call your senators HERE and tell them to stop the ObamaCare bailouts, now and in the future.