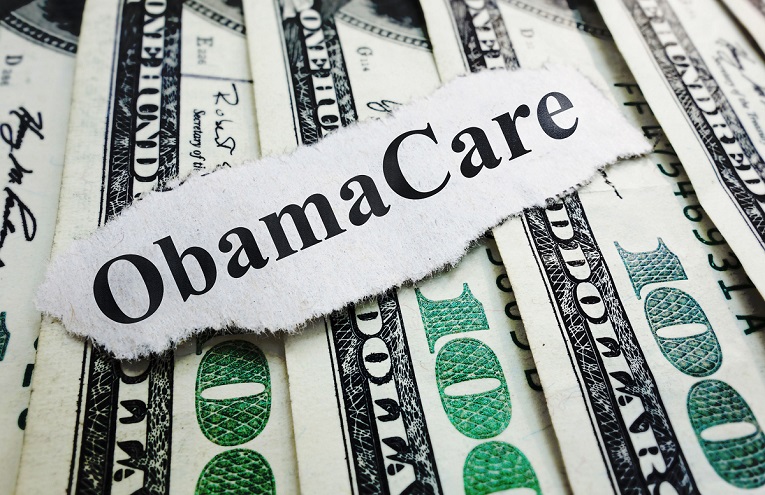 As both Rep. Thomas Massie (R-Ky) and former Republican Presidential Candidate Carly Fiorina have noted, ObamaCare was initially written as a crony deal. Both have highlighted the fact that the bill was written with the approval of the insurance lobby and was done for their benefit. It should not be all that surprising then that they do get subsidies through the program from the federal government.

In addition, the Obama administration was doling out cash to insurance companies behind the scenes as well. It turns out that Executive Branch started giving out illegal payments through “Cost Sharing Reduction” (CSR) appropriations in 2014 that were not approved by Congress. In addition, the administration then refused to hand over documents with details on the program.

Unsurprisingly, companies and lobbyists have already been trying to find ways to continue to profit off the program. Case in point, Marilynn Tavenner, an Obama administration official who had helped rollout ObamaCare, was made president and chief executive of America’s Health Insurance Plans (AHIP) after leaving the administration. Meanwhile, the health insurer Anthem announced plans to pull out of Wisconsin, Ohio, and Indiana because it was worried it would not continue to receive subsidies from the federal government should ObamaCare be repealed. Overall, everyone seems to be cashing in on the system.

In fairness to Anthem though, it has become surprisingly hard to remain in the exchanges without these subsidies due to the the incredible expense. Several companies have already highlighted losses from the program as reasons for leaving the program, including United Health which left because it saw losses of up to $650 million in 2016 while Aetna lost more than $430 million between 2014 and 2016. Aetna meanwhile admitted that it was having trouble finding healthier individuals to pay into their insurance which meant a revenue decline. In the end, companies who have tried to benefit from the program are still losing out.

With all these losses, what is likely next is an enormous bailout for those well connected companies. Initially predicted by Dr. Charles Krauthammer in 2014, there is reason to believe that the failures in the healthcare market brought on by ObamaCare will likely lead to a massive bailout. To make matters worse, former Sen. Evan Bayh (D-Ind.) suggested such a bailout in 2016 when he was running for Senate again so this is something that is seriously getting looked into by politicians.

Before leaving office, President Obama actually moved to pay insurance companies billions of dollars who had not received promised payment (in a move that circumvented congress). Meanwhile, he also made it easier for states to bailout insurance companies in the eleven states that still had an ObamaCare co-ops in 2016.

Even before this year, the stage was being set to dole out more cash to the companies who have seen losses under ObamaCare. Unfortunately, this will likely go to the well connected like the bailouts from the recession were (it should be of note that several of the companies who would receive bailouts from ObamaCare had received work from the lobbying firm McGuire Woods where Evan Bayh worked after leaving the senate in 2011 so it makes sense he would support such a bailout just as he supported bailouts for companies during the recession that donated to his campaign).

In the end, ObamaCare is a cronyist system that was designed to benefit the health insurance lobby. Due to its poor design it also ended up hurting several of them, but in the end continuing the corporate welfare in support of “stability” seems like the wrong direction to take.

To open up competition and level the playing field, ObamaCare needs repealed in its entirety. If we truly want to expand the market for all and beat the rigged system that Sen. Bernie Sanders (D-Vt) who supports ObamaCare spoke of on the campaign trail, then this is a program that needs to go immediately.