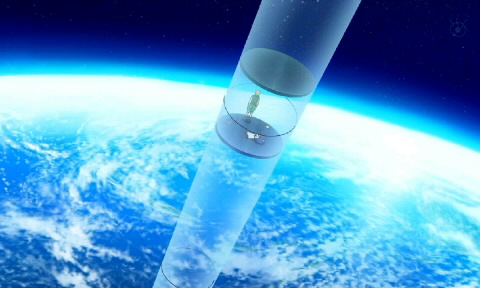 Over the past year or so, I’ve expended considerable ink on the underreported problem of ObamaCare deductibles. What few people understand about insurance is that you don’t get a dime from the insurer until you pay the deductible amount out of pocket. Until then, you might as well not be covered. So, when people see low premiums and fancy coverage options, they could be getting sucked into what is actually a bad deal - a deductible they will never be able to reach.

This is the case with many of the lower-cost plans under ObamaCare. Last year, the bronze plans had an average deductible of around $5,000. This is hardly a boon for the poor, as people unable to afford the premiums of a silver or better plan are unlikely to have $5,000 lying around for medical expenses. For many people without any savings, $5,000 might as well be a million as far as they’re concerned. And yet federal law forces them to pay for these unusable plans anyway.

In other words, everyone will be forced to pay more for less coverage. This should not be surprising to anyone who has been following the ObamaCare fiasco from its inception a little over five years ago. Forcing insurers to cover a ridiculous array of treatments, even when it is not in the interest of the patient, was always going to drive costs up. The more inexpensive, more practical plans that only covered catastrophic care are now illegal (those plans we liked and were promised that we could keep, remember?)

Combine this with enrollment numbers that have been consistently below expectations, state insurance exchanges that are falling like dominoes, and bankrupt health care co-ops, it’s easy to see why costs continue to spiral out of control. At the same time, doctors are decreasingly incentivized to practice medicine. ObamaCare regulations make their jobs more expensive and less responsive to patient needs, while simultaneously making it harder for them to earn back the investment of ten years of medical training. A shortage of doctors not only decreases patient choice, but exacerbates the cost hikes we’re seeing.

Five years after its passage, the name “Affordable Care Act” increasingly resembles a cruel joke played on consumers. Only, with the possible exception of the president, no one’s laughing.

My letter to Jason Chaffetz:
I know this may be off a little off subject, and I am sure you are very busy, given all that is going on in the House, so I hope you will have the time to at least think about a very grave concern for my family and many others nationwide, I have been listening news reports of the activities going on in the Utah legislature this week discussing the issues surrounding Medicaid and several thoughts came to mind. I hope you will consider this as constructive input from an old US Navy vet. I am sure you are aware of the issues with our VA health care, so I'm not going to attempt to address that issue here But what I would like you to consider and are likely already aware of are the problems that the new Obamacare system that has been introduced into the lives of most Americans. As you know, Obama promised many things as he and the democrats forced this program down the throats of the citizens of the US, all the while, the congress and WH are exempt from it's effects. That is another matter but still needs addressing. Anyway to get to my point, my wife works for the local school system as an administrative assistant to the Director of our school district. The school district provides a health-care "benefit" that has gone from bad to worse. In recent years, the program has had a deductible of $2,500, and for folks like us who are on a pretty low fixed income, it is very difficult to just qualify for it's benefits. Although we don't qualify for any assistance, or subsidies, the burden of health care costs, dental care and optical have become such a burden as to be unusable without incurring a lifetime of debt. If we use any of these services, we are forced, because of our low income to set up a multi-year payment plan, just to keep our account from going to collections. It was bad enough as it was, but this year, the deductible has doubled to $5,000, It would take a major incident, car accident etc.. before we would even consider using the employer provide insurance, and the deductible alone causes us to incur an ongoing debt we likely can never meet. and that's just after one year. So as you know no benefits are seen until after the deductible is met and it starts over every year. Well this year my wife had some serious health issues and we were forced to seek medical services, and ongoing issues. The overall bill, to us has been enormous, over $9,000, yet it could have been much worse. And she hasn't completed the needed services yet, still several appointments with specialist are yet ahead. As I mentioned we couldn't meet the out of pocket threshold so we are forced to set up a payment plan, in order not to have our account sent to collections, this debt will take several years to amortize. So in effect we now have a permanently increasing debt if we need any further medical services. We are both over 65 years old and would qualify for Medicare, but even with that there is a deductible that can only be met out of pocket, or with a Medicare supplement, however the supplement costs over $350/mo. So our medical service costs continue to accrue and an incremental debt that can never be met by our income. This is what we have to look forward to from now on. Now given our overall cost of living, food, nsurance, mortgage, property taxes, transportation, etc...makes for a rather hopeless situation. I guess the point of all of this is the new program of Obamacare has had the very real practical effect of placing most families in a permanently increasing debt condition or forced to forgo most medical services.. The rest of our lives we will be burdened with this debt and no end in sight. So the â€œwonderfulâ€ promises made by the government about ACA, not only are a complete lie, but insure a lifetime of servitude and debt, at least for us and many other US citizens. Things were bad enough before the ACA was passed and now are much worse! Thanks Obama, Not!

A friend of mine recently received devastating news that her Marketplace insurance cost was going from $150 a month to $1,000. Why? because she will now be receiving her deceased husbands SS of approx $1500 a month. So, because she is a two job working 60 yr old and wants to quit one of the jobs based on the new income, she can't because AHA is taking the extra money meant for her to live on for their mandated insurance, that she can't use because she can't afford to pay the $4800 a yr deductible....HELLO!?!?! Is ANYONE in Washington REALLY paying attention????

Diminished quality of care, diminished access to care at ever higher rates! I'm not a pundit, but I knew this was going to happen years ago!