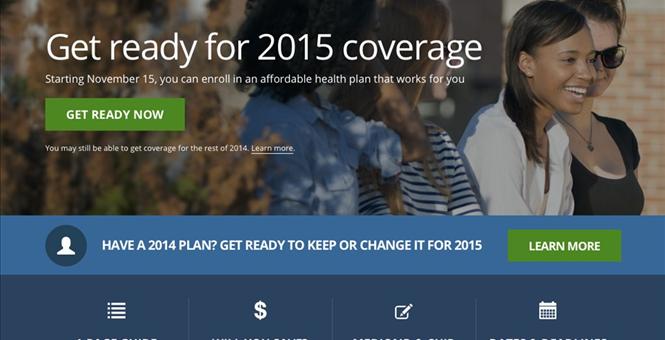 On October 1st of last year, ObamaCare’s inaugural enrollment period launched with all of the grace of a rocket exploding on its launch pad. Double-digit premium hikes, cancelled plans, and non-functioning websites caused misery for millions, leaving even supporters of the law lacking for words at times. This October there is silence, with few outside of the beltway focused on anything to do with ObamaCare.

Has the system been fixed – is ObamaCare working? Not at all. People in many states can still expect to be met with premium increases for their health insurance – well into the double digits for some states – and some of those who enrolled in the exchanges last year will be in for a hassle as their plans come up for renewal. Only, those problems will not be apparent to many until this year’s new enrollment period, which begins on November 15th. By stunning coincidence, that’s after the midterm elections.

Naturally, the White House earnestly insists, the decision to move the enrollment period back a month was not political.

As Valerie Richardson noted in the Washington Times, this delay will prove particularly fortuitous to embattled Democratic Senate candidates Mark Begich (Alaska), Mary Landrieu (Louisiana), and Bruce Braley (Iowa), as many of the insurance plans in their respective states are likely to increase in cost by double-digit percentages. All three candidates are already having to defend their ObamaCare votes, and one would assume that another major fault with the law would further threaten their popularity with voters.

The problems that are likely to (re)surface in November are more than just higher premiums (made more painful by the higher deductibles of the most affordable plans offered on the exchanges). Those who obtained a plan through the exchanges last year will have only a narrow timeline to make changes in their plan, and many may find out that their current plan is cancelled because it no longer fits the exchange's bronze-silver-gold conditions, which are changed every year. Of course, they can switch to another plan, but as Mercatus' Bob Graboyes notes, under the exchanges new plans will often mean new doctors. Those who already have a plan through the exchanges may also find out that due to a change of residence, income, or family status they are no longer eligible for the same level of premium subsidies, further raising their costs.

Plus, $2 billion and a year later, the federal exchange at healthcare.gov still hasn't fixed its glaring security errors, meaning everyone using it is exposing their personal data to hackers.

The folks who experience all of these unpleasant side-effects of ObamaCare's "affordable care" may find that they are less than pleased with the law and those who voted for it. But they'll have a couple of years to stew about it before they can make their displeasure known at the ballot box.