Obamacare: Time to Change the Batter 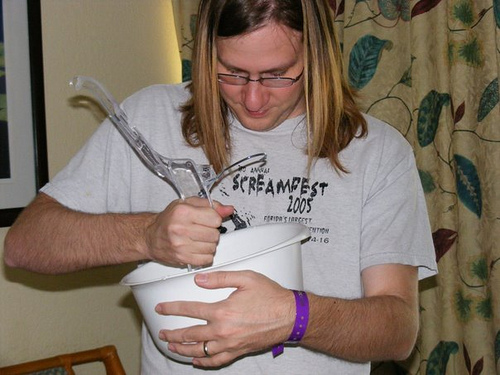 If you try to bake a cake, but after looking at a recipe you notice you made multiple mistakes in the batter, the best idea is usually to start over from scratch. If you used three eggs when the recipe called for two, a tablespoon of salt when the recipe called for a teaspoon and a chocolate mix but you find out a guest is allergic to chocolate, it is best to start over. Rather than try to pull an egg out of the batter, pick out the excess salt and sift the chocolate mix out, you should throw out the batter and make a batter that will actually work for the cake. This principle also applies to laws passed by Congress.

The Patient Protection and Affordable Care Act, better known as Obamacare, is much like that first batter that was hastily thrown together with multiple mistakes. The mistakes in Obamacare have not been minor; the biggest case before the Supreme Court in the last two years and three of the last four all concerned Obamacare.

The two big cases the Supreme Court has already ruled on are National Federation of Independent Business v. Sebelius (“NFIB”) in 2012 and Burwell v. Hobby Lobby in 2014. In NFIB, the Court ruled that although the individual mandate could not be enforced under the Commerce Clause, it was constitutional under the Taxing Clause. Although Congress and President Obama called the payment tied to the individual mandate a penalty and not a tax, the Court ruled that if you call a tax a penalty it does not change the fact that it is still a tax. In Hobby Lobby, the Court invalidated part of Obamacare when it ruled that closely held corporations could not be forced to provide their female employees with free contraceptives.

The big case before the Supreme Court this term is King v. Burwell, where the Court will rule whether the IRS went beyond its authority when it extended subsidies to customers who purchased their health care through exchanges set up by the federal government, rather than the states.

While there are a number of cases concerning Obamcare in the various courts across the country, there are three that are nearing the Supreme Court and could cause major changes in the law. Sissel v. US Dep’t of HHS is an Origination Clause case brought by Pacific Legal Foundation and has been petitioned for an en banc rehearing before the DC Circuit Court. Coons v. Lew is an attack on Obamacare’s Independent Payment Advisory Board and is currently in the Ninth Circuit. Little Sisters of the Poor Home for the Aged et al. v. Burwell is an attack on the requirement that organizations fill out an exemption form to avoid offering coverage of contraceptives; it is currently working through the Tenth Circuit.

Rather than reform the law, where there would still be uncertainty over its application as numerous court cases work their way through the system, it is best to repeal the law and do it right this time. Maybe passing a bill to find out what is actually in the bill, like mixing a cake batter and then looking at a recipe, is not such a good idea.