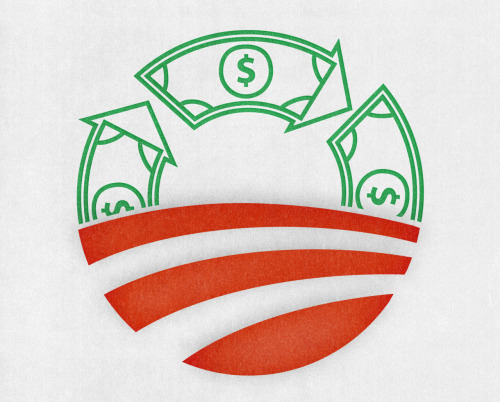 Let's all sit and watch the moneygoround.

One of the features of any big government program is the inevitable catering to special interests, and exemptions for well-connected parties. ObamaCare is more egregious in this regard than most laws. As the week-long mourning of ObamaCare’s five year anniversary continues, here are the five dimensions of ObamaCare’s cronyism in action.

Since ObamaCare limits what insurance companies can charge and forces them to cover people that would otherwise be prohibitively expensive, the architects of the law needed a way to placate insurers so they wouldn’t lobby against the Affordable Care Act. The solution? Bailouts for insurance companies, euphemistically known as “risk corridors.”

In plain language, this means that taxpayers are on the hook for about a billion dollars in payments to insurance companies, mainly to keep them from complaining too much about the government takeover of their business.

Getting Customers Is Easy When It’s the Law

While bailouts were one reason the insurance companies didn’t kick up too much of a fuss about ObamaCare, a guaranteed customer base is another. After all, what business wouldn’t rejoice at the idea of it actually being illegal not to buy their products?

The individual mandate is the least popular part of ObamaCare, and until now a significant number of people have been refusing to cooperate with it, opting to pay the penalty instead. In future years, that will cease to be an option, as penalties shoot through the roof.

Remember the disastrous launch of Healthcare.gov? The ObamaCare website was so plagued with problems that it became a national joke, only the people unable to get health insurance weren’t laughing. How did it all go so wrong?

Part of the reason might be a disturbing lack of oversight or review of the contractors hired to build the website, a Canadian company called CGI-Federal. The company was one of only a handful allowed to submit bids for the contract, and Senior Vice President Toni Townes-Whitley was a former classmate of Michelle Obama’s, who was a guest at the White House on multiple occasions and contributed $1,500 to Obama’s reelection campaign. It’s unclear the extent to which the personal connection played a role in the awarding of the contract, but the lack of scrutiny certainly led to abysmal results.

Despite its proven inability to design a simple website, CGI-Federal has since landed a multi-million dollar contract with the IRS.

ObamaCare comes with some pretty unpleasant mandates for employers, but this is no problem for well-heeled, well-connected CEOs with big lobbying operations. From the moment the ACA was passed into law, the Obama administration began issuing waivers for specific parts of the law to big companies and labor unions.

What if you run a smaller company without the resources to lobby? Too bad, I guess.

Congress Doesn’t Play by its Own Rules

Congress loves making laws restricting the freedoms of ordinary people, but when it comes to themselves or their staffs, they’re not quite so enthusiastic. In 2013, the Office of Personnel Management declared that Congress could get special treatment not available to the general population - employer-subsidized insurance through federal exchanges. Effectively, this is an exemption from ObamaCare for the people who passed the law in the first place.

The blatant favoritism and cronyism inherent in ObamaCare is just one more reason why it needs to be completely repealed, and replaced with patient-centered health care reform as soon as possible.