ObamaCare's outrageous deductibles are making life miserable for many Americans 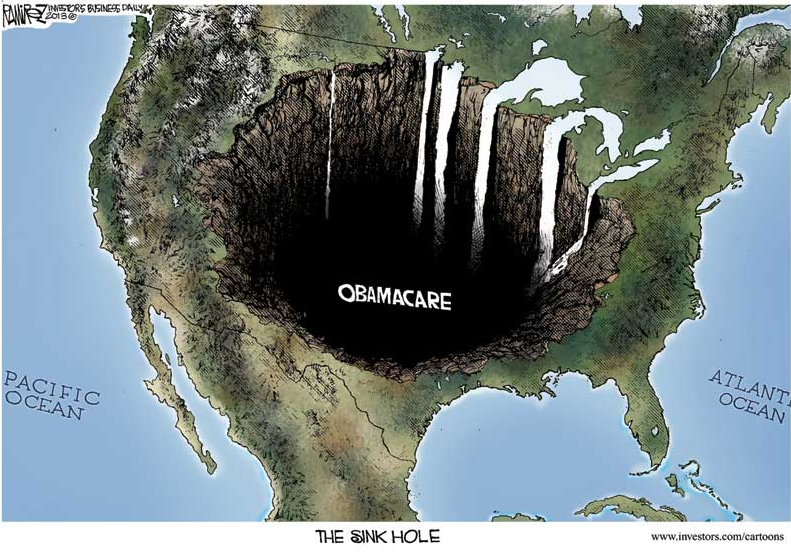 Just last week the Associated Press released a survey finding that 25 percent of Americans are "not confident" that they'll be able to afford medical care in the event of a major health problem. The results underscore one of the central problems with ObamaCare, that is the high deductibles that often come with health plans on the Exchanges.

The New York Times came out with a story ahead of the weekend telling the stories of a few different Americans who are still struggling to pay for healthcare because of ObamaCare's outrageous deductibles.

Patricia Wanderlich, a Chicago-area resident, experienced a life-threatening brain hemorrhage three years ago and has an aneurysm. Her health plan, however, comes with a hefty $6,000 deductible. Rather than pay for a much-needed yearly brain scan to monitor her condition, Wanderlich is going without. "To spend thousands of dollars just making sure it hasn’t grown?" she told The Times. "I don’t have that money.”

Dr. Rebecca Lowe, who suffers from degenerative arthritis among other conditions, also has a $6,000 deductible that she has to meet before her health plan, for which she pays $422 per month, kicks in. But, thanks to ObamaCare's limited provider networks, she's been forced to seek medical care out of network to visit doctors more than 100 miles away. Though Lowe spent more than $6,000 on medical care for the year, none of it counts toward her deductible because she's gone out of network.

Though ObamaCare supporters like to focus on the subsidies that artificially lower premiums by passing the costs onto taxpayers, ObamaCare's higher deductibles are making it difficult for many Americans to afford the healthcare they need, or pricing them out of seeking care, entirely.

That's right, my wife's deductible went from $2,500 per year which we couldn't afford, to $5,000 per year. That's about %20 of her total income. We just as well not have any health insurance. We certainly can't afford any regular care. and for catastrophic needs we'll have to either do payments which would recur every year we need care, and would be totally unfordable, or declare bankruptcy. Now isn't that hope and change we can count on?

ObamaCare is a disaster—merely a wealth transfer to buy votes. The Democrats wrecked the healthcare system.

FreedomWorks national director of campaigns, Noah Wall, called out four senators for fraud after they said they would not vote for the repeal they supported last term – because it repeals too much of ObamaCare. Sens. Rob Portman (R-Ohio), Shelley Moore Capito (R-W.V.), Cory Gardner (R-Col.), and Lisa Murkowski (R-Alaska.) backtracked on their support for the reconciliation bill.