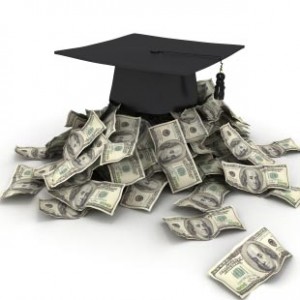 According to the Congressional Budget Office, the student loan measure would cost $51 billion, while the new taxes would raise $72.5 billion, and conservatives are attacking the proposal as a net increase in overall taxes. But this is far from the most foolish thing about Warren’s plan.

Let’s begin with the problem of student loan interest rates, now set by the government irrespective of market pressures. Obama has said the reason he support’s Warren’s proposal is that “college has never been more important, it’s also never been more expensive.”

The “important” part is highly debatable. The wage premium from a college education has declined in recent years, and a number of industries have announced shortages in skilled labor workers. Want a good job that pays well? Learning how to weld will help you a lot more than majoring in Women’s Studies or Sociology.

As for the “expensive” part, the irony is that the president is complaining about a problem he helped create, and is prescribing a fix that will make things worse, not better. The reason that education costs have increased so much is that the meddling government has been interfering in the price system. By pushing student loan interest rates to artificially low levels, Obama’s policies have resulted in a surge in demand for higher education. If the president had studied economics as closely as he claims to, he would realize that an increase in demand without a corresponding increase in supply will always drive prices up. The result is that most people now have to take out loans in order to be able to afford the costs of college, a direct result of too-low interest rates.

Furthermore, we all know—or at least should know by now—what happens when government intervenes in a particular market to expand credit to people who cannot afford it. Obama says students should be able to refinance their loans “just like you can refinance your mortgage.” It’s an unfortunate, but tragically appropriate analogy. Remember what happened last time government interfered with mortgage interest rates? The same thing is destined to happen in the student loan market if the government keeps expanding credit. Sooner or later it has to be time to pay the piper.

This brings me to the financing method the Warren plan uses to pay for the student loan refinancing: the Buffet Rule.

Named for hypocritical billionaire Warren Buffet, who complains he doesn’t pay enough taxes but refuses to voluntarily pay more, the Buffet Rule is perhaps one of the stupidest taxes to come out of Washington—and that’s saying something.

Basically, the rule punishes people who are following the admittedly arcane tax laws put in place by a democratic government—simply because they are millionaires and people hate millionaires. It’s populism at its worst. It doesn’t clean up the tax code, it makes it more complex, and for purely punitive purposes to boot. That the objects of punishment are perfectly law abiding citizens seems to matter not to politicians who seem to think successful Americans are somehow getting away with something merely by following the tax code as written by those same politicians.

If you want to eliminate loopholes and deductions, if you want to make the tax code simpler and flatter, then by all means do so. If you want to oppose tax breaks for millionaires, at least have the courage to actually oppose them, by eliminating the offending provisions. But don’t pretend you’re making the tax code fairer by simply tacking on more complex and arbitrary rules that preserve special favors to corporate lobbyists while going after the relatively small, but highly visible, pool of individual millionaires.

There remains one final question to answer. Why is the government going to all this trouble to get everyone enrolled in college? For a party that pays lip service to diversity, their sure is a lot of effort put into enforcing uniformity, and it is surely no coincidence that universities overwhelmingly peddle Obama’s liberal vision of society. What better way to train good little Democratic voters than to make it easier for everyone to attend?