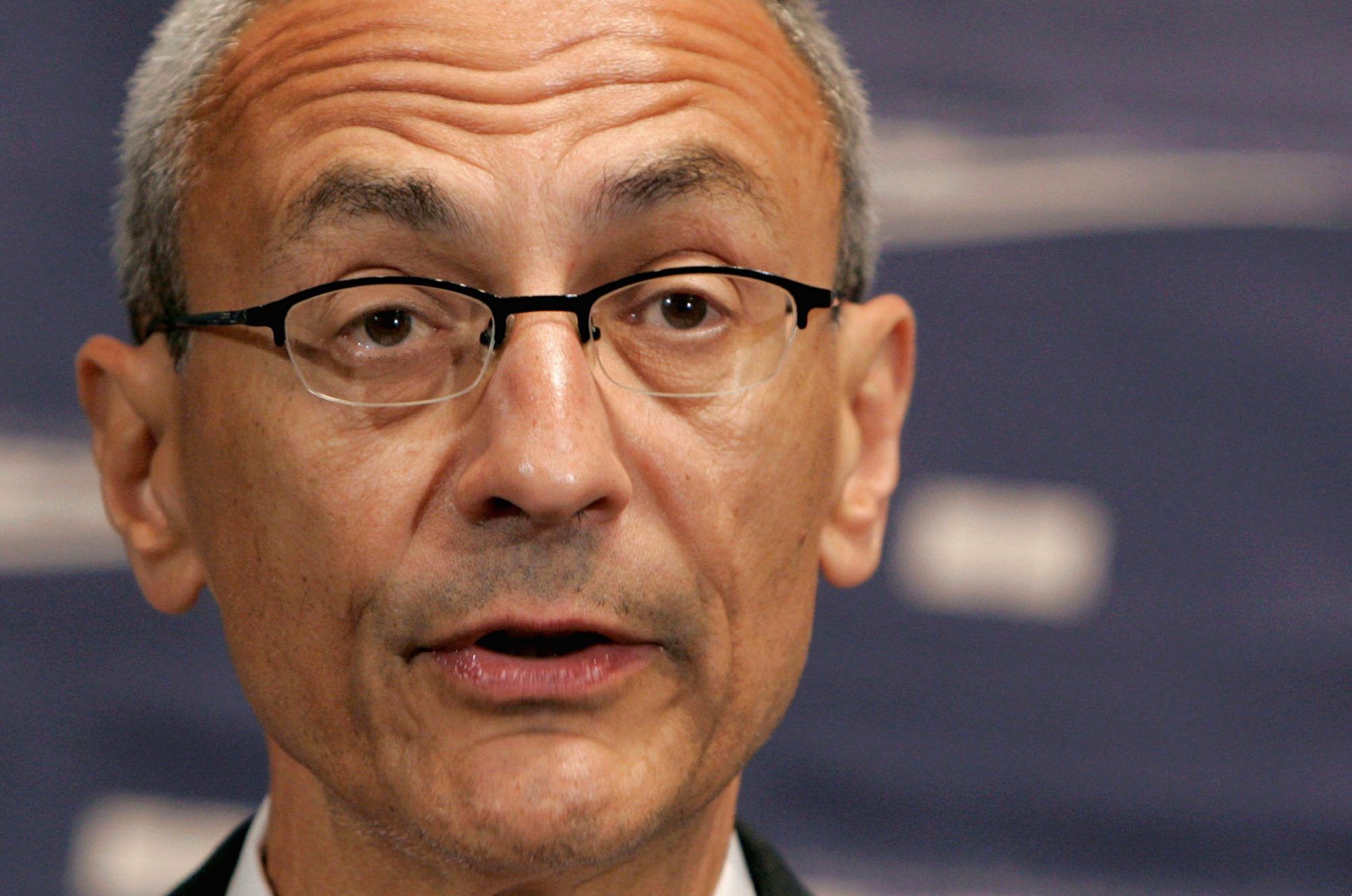 Here we go again. The White House is, once again, complaining about the sequester. John Podesta, the chief adviser to President Barack Obama, wrote an op-ed at the Washington Post, in which he urged Congress to roll back cuts to the rate of spending increases over the next decade.

"[D]eficit angst makes it all too easy for policymakers to ignore the fact that we still need to do more to repair the damage from the Great Recession, to grow wages and help middle-class families feel secure, and to invest in the future," says Podesta, a veteran of the Clinton White House who joined President Obama in December 2013. "This approach isn’t fiscally reckless; indeed, it’s the only serious way to further improve our economy today and strengthen our balance sheet in the future."

"We should ditch the sequester, a tool that utterly failed at its ostensible purpose — to urge Congress toward bipartisan compromise — and is serving only as a drag on the economy. The across-the-board budget cuts in the sequester are the wrong way to reduce spending, hitting valuable programs as hard as ineffective ones, and make it more difficult to fund strategic, job-creating investments in education, infrastructure, research and development, and clean energy," he added.

Podesta doesn't want to just get rid of the sequester, he suggested that Congress spend more on "roads and bridges, transit and utility infrastructure," because, he says, "[b]uilding infrastructure creates jobs and makes our economy more competitive." If anything, the 2009 stimulus bill taught Americans that deficit spending, to the tune of $830 billion, doesn't do much to get the economy moving. Recall that its architects, then-White House economic advisers Christina Romer and Jared Bernstein, predicted in their January 2009 policy paper that unemployment would not exceed 7.9 percent under the stimulus bill and would rise to 8.8 percent without it.

Well, they were very, very wrong. The unemployment rate, at the time the stimulus bill passed Congress in February 2009, was at 8.3 percent. Despite the promises of the central planners, unemployment rose to 10 percent in October 2009 and didn't fall under 8 percent until September 2012, more than three years after the stimulus bill's passage.

It's not like Keynesian-style economic stimulus hadn't been tried before. Economist Dan Mitchell once quipped that he was surprised that Japan -- which had experienced an economic downturn in the 1990s -- "isn't covered in concrete now" because of its central planners' focus on infrastructure spending to get out of what is commonly called the "Lost Decade."

Podesta argues that the budget deficit is on the decline, repeating President Obama's recent claim that healthcare spending is down, and calling healthcare programs the "biggest driver of our shrinking deficits." In reality, the decline in healthcare spending is largely due to a still stale economy. Though Washington is no longer running the $1+ trillion budget deficits it ran between FY 2009 through FY 2012, the long-term situation is still a disaster waiting to happen, and that's largely attributed to healthcare entitlements, including Medicare, and Social Security.

The sequester -- which, as passed in 2011, cut the rate of spending growth by $1.2 trillion -- was the first meaningful effort to trim the budget deficit in years. Unfortunately, some of those cuts -- around $63 billion --were undone by last year's Ryan-Murray budget deal, which is why FreedomWorks opposed that agreement and fought so hard to keep them in place.