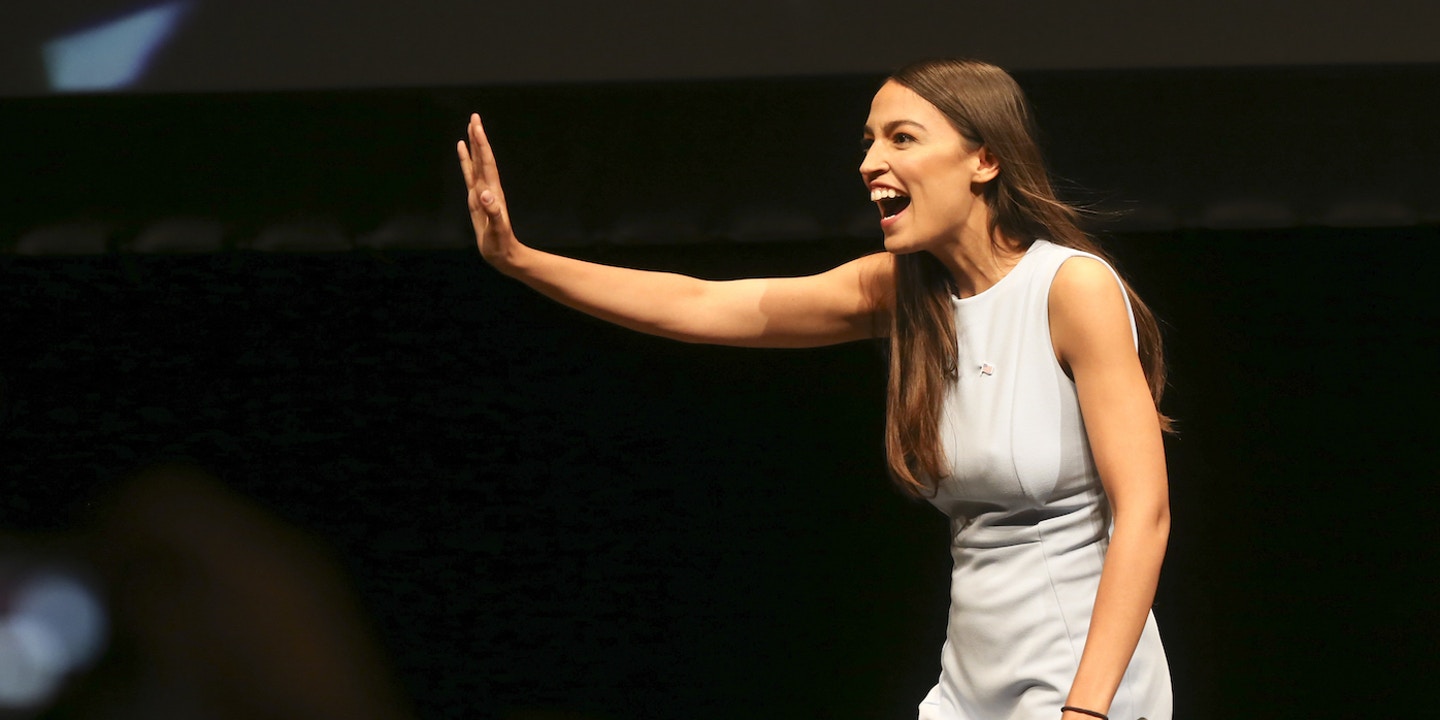 The original Constitution only allowed for the direct election of the Members of the House of Representative – the representative most familiar to the voter. The election of Senators was the duty of the state legislators, which enhanced state sovereignty. Unfortunately, the Seventeenth Amendment now allows for the direct election of a state’s Senators, which has reduced the power of state government, and increased the power of the likes of Senators Schumer (D-N.Y.) and McConnell (R-Ky.).

This common claim about “if we don’t have the Electoral College then a handful of states will determine the presidency” is BS.

a. It’s the EC itself that breaks down power by state, pop vote decentralizes it. b. The EC makes it so a handful of states DO determine elections

It appears that Rep. Ocasio-Cortez claims that the Electoral College gives too much power to the states, when she tweeted, “It’s the EC itself that breaks down power by state.” Of course, this was exactly the intent of the delegates at the Constitutional Convention. The small states feared the large states would control the elections of the president, who would in turn politically favor the big states.

Harmfully, Rep. Ocasio-Cortez’s support for the elimination of the Electoral College is even worse. A candidate for president would only pander to the big cities – New York City, Los Angeles, Chicago, Dallas, Fort Worth, Houston, San Diego, Philadelphia, Boston, San Francisco and more. Small town and rural America would be completely dominated by policies favored by big – mostly terribly governed – cities.

When Rep. Ocasio-Cortex writes, “pop[ular] vote decentralizes it,” she is calling for the direct election of the president. Again, the delegates – especially Madison - were strongly opposed to direct democracy. They feared that the public would not have the opportunity and interest to know the issues and the acumen of the candidates.

Additionally, the delegates feared “mob rule,” where charlatans deceive the general public. In Federalist No. 10, Madison defined the mob as a faction “united and actuated by some common impulse of passion, or of interest, adversed to the rights of other citizens, or to the permanent and aggregate interests of the community.”

In an era where “fake news,” and political obfuscation and deceit abounds, the direct election of the president is not in the best interest of the citizens of the United States of America. Our Founders were knowledgeable of governance systems and direct democracy always ended badly. A better aspiration would be to repeal the Seventeen Amendment which would empower the states and stabilize our Constitutional Republic as originally established by the Constitution.

0
01/03/2017
An insight into the mind of a liberal legislator
"https:\/\/www.freedomworks.org\/content\/insight-mind-liberal-legislator?social=facebook_share"
null
https://fw-d7-freedomworks-org.s3.amazonaws.com/styles/thumbnail/s3/te_social_media_share/fw_default_0.jpg?itok=35IWEBMb
Blog

An insight into the mind of a liberal legislator

Here in Colorado, there's a move being pushed by Democrats in the state legislature to join an "interstate compact" that would, if states representing 270 electoral votes or more join, give those states' electoral votes to the winner of the national popular vote, essentially ensuring that we have moved to direct democracy in this country -- just what our Founders were wisely trying to avoid.