Our first ever “Office Hours” segment was a fantastic success last week. Thanks to everyone’s support the link was shared more than 16,000 times on Facebook. Numerous questions were sent to our e-mail account, and, while we wish we could answer them all, time allows for only a few.

In the space below we’ve answered three questions that will be of general interest to readers. It covers everything from the Constitution to tax rates to Social Security, so enjoy the ride. And, as usual, feel free to send your own questions to OfficeHours@freedomworks.org or tweet them to us at @freedomworks using the hash tag #AskFW.

Who is able to hold this administration to the Constitution?

The “separation of powers” model was supposed to make it impossible for one branch of government to grow without constraint. Unfortunately the three branches often fail to keep each other in check, so the Founding Fathers established a grassroots-like system of checks and balances through which the people could (and still can) happily strike down unconstitutional laws at any place and any time.

They called it “nullification,” and it means that the states, if they deem legislation passed by Congress to be unconstitutional, can legally prohibit the federal government from enforcing it within their borders.

“Where powers are assumed which have not been delegated,” wrote Thomas Jefferson, “a nullification of the act is the rightful remedy.” 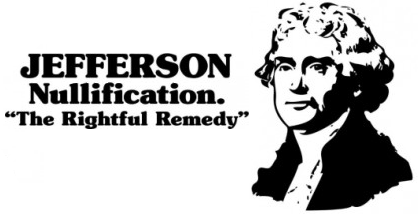 For instance, we can’t stop ObamaCare from having passed. So, what do we do now? George Mason University professor Walter Williams recently suggested that the states begin nullifying the terrible healthcare legislation immediately.

“I think the American citizens ought to press their state governors and legislatures just to nullify the law,” he explained. “Nullify it and say, ‘The citizens of such-and-such-a state don’t have to obey ObamaCare because it’s unconstitutional, regardless of what the Supreme Court says.’”

In other words, we the people can hold this administration to the Constitution by simply refusing to follow its dictates, just like the Founding Fathers did during the Boston Tea Party. New York Times-bestselling author Thomas E. Woods wrote one of the best books on the topic, “Nullification: How to Resist Federal Tyranny in the 21st Century.”

The other way to reign in government power is great, too: the Tea Party needs to take over the Republican Party, which Matt Kibbe discusses in “Hostile Takeover.” Third parties rarely succeed in winning office. If we reshape the Republican Party and talk about these ideas of liberty from Capitol Hill, though, many more people will hear our message. And, overall, the better chance that message has of making a real difference in our country.

Will a reduction in the corporate tax rate actually bring more international companies to the United States?

Yes — absolutely. We currently have the highest corporate tax rate out of any OECD nation in the world. We’re ranked fourth if we include non-OECD nations; Argentina, Chad, and Uzbekistan punish corporate investment more than we do. Congratulations, you three.

Calculations by the Tax Foundation prove that, as other countries reduced their rates throughout the past few decades, the United States didn’t budge. 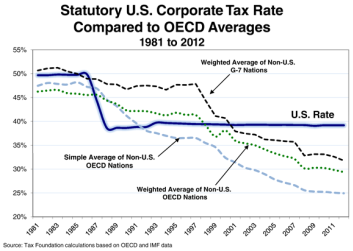 Even the French government, which is still threatening a 75 percent tax on top income earners, has a better corporate tax ranking than we do.

Professional service network Ernst & Young released a paper in September 2011 demonstrating the extent to which our corporate tax rate deters American companies from operating here at home. Its researchers found that 46 companies in the Fortune Global 500 had removed their headquarters from the United States since 2000. China, meanwhile, lowered its corporate tax rate by 8 percent throughout the same time period and saw a net increase of 45 headquarters from Fortune Global 500 companies.

Stability is important, too. Most companies will need to spend millions of dollars on construction and transportation in order to relocate to the United States, and they won’t take the risk if they believe the tax rate will change once a new president gets into office. So a temporary rate reduction will certainly help out American businesses and may soothe international companies that already have factories and stores in the United States, but only a permanent rate change will gain the attention of new businesses whose financial plans are based on long-term forecasts.

Can you help me understand why Social Security is insecure?

FreedomWorks policy analyst Julie Borowski made a fantastic post a few weeks ago about Barack Obama’s claim that Social Security is structurally sound.

“The number of retirees is growing far faster than the number of new workers,” Julie explains. “Social Security paid out more in benefits than it took in through payroll taxes in 2011. … How is that structurally sound?!” I recommend you read Julie’s whole post for the details. 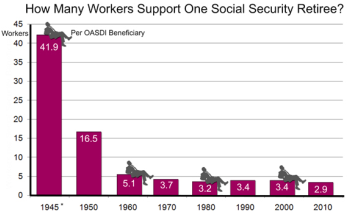 Paul Krugman, too, admits that “today’s young may well get less than they put in.” The only way to sustain the Social Security system is to somehow increase the number of contributing workers and decrease the number of retired recipients, but that isn’t possible without a population explosion.

The radical idea to privatize Social Security basically means leaving people’s paychecks being alone so that they can invest in their own futures. Instead of having money taken out of our salaries each week so that it can be funneled through a bureaucratic nightmare in the federal government, wouldn’t it be easier to drive ourselves down to the local bank, deposit cash into an individually managed savings account, and sleep in peace without wondering whether our money will be there in the morning?

Send your own questions to OfficeHours@freedomworks.org or tweet them to us at @freedomworks using the hash tag #AskFW.