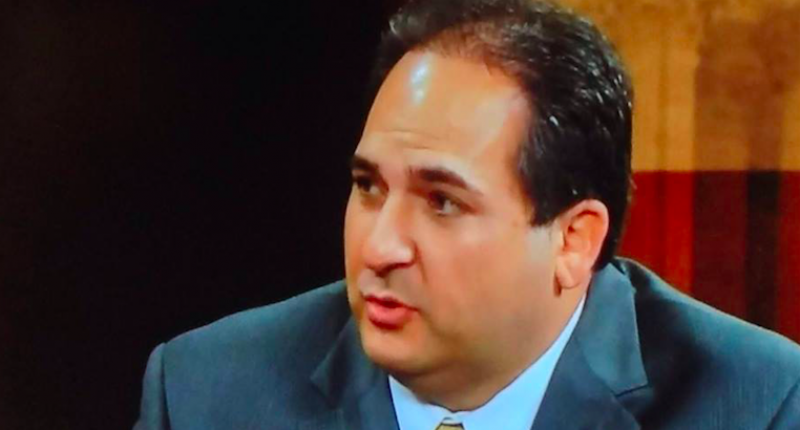 State Sen Kyle Loveless (R-Oklahoma City) recognizes that Oklahoma lacks adequate protections for innocent people whose property is seized by overzealous law enforcement. With the Oklahoma Legislature set to adjourn at the end of May, he decided to begin a conversation about civil asset forfeiture reform.

Last week, Loveless introduced SB 838, the Personal Asset Protection Act, that would offer protections for innocent people who are affected by the pernicious practice of civil asset forfeiture. It would require a criminal conviction before the government can begin forfeiture proceedings, and direct proceeds from forfeitures to the state's general fund. In short, the bill would restore the Fifth Amendment, which requires due process of law before the government can deprive someone of "life, liberty, or property," in Oklahoma.

"The issue with the current law is that the owner is presumed guilty until they can prove their innocence," Loveless said of Oklahoma's awful civil asset forfeiture laws, in the Norman Transcript. "In America, we are proud of our tradition of innocent until proven guilty. Unfortunately, that’s not the case with civil asset forfeiture. Under current law, the state simply needs to establish a mere suspicion that the property is involved in illegal activity and the owner doesn’t have to be charged with a crime."

"If police and prosecutors believe someone committed a crime," says Trent England, Vice President of Strategic Initiatives at the Oklahoma Council of Public Affairs, "they have an obligation to prove that in a criminal prosecution in a court of law before any punishment—including the confiscation of property—is inflicted on the accused."

Seeing a threat to what they view as a revenue stream, some Oklahoma law enforcement officials have lashed out at Loveless. Canadian County Sheriff Randall Edwards, in particular, went into a tirade against SB 838. "This is without a doubt the single worst, most damning, most asinine and devastating bill I have ever seen for this state and local law enforcement," Edwards wrote in an email to the McCarville Report. "Words can’t adequately express how this bill poses a serious and imminent threat to public safety and most directly the war on drugs in this state and nation. It’s completely asinine."

Edwards also says that targeting the profit motive would hurt the Canadian County Sheriff's Department because it take away funds used to purchase "equipment, cars, radars, cameras and a multitude of other public safety equipment" and "jobs paid for and funded through these cash funds."

Edwards' hyperbole aside, law enforcement should be funded to meet the needs of the community, but those dollars should come from local governments and the state legislature, not civil asset forfeiture funds.

Loveless, the state senator behind SB 838, plans to study civil asset forfeiture while the legislature is in recess and he is encouraging anyone who may have been adversely affected by civil asset forfeiture to give him input. "This is something that is happening in states across the country, so it would be naïve to believe that it could not happen in Oklahoma."