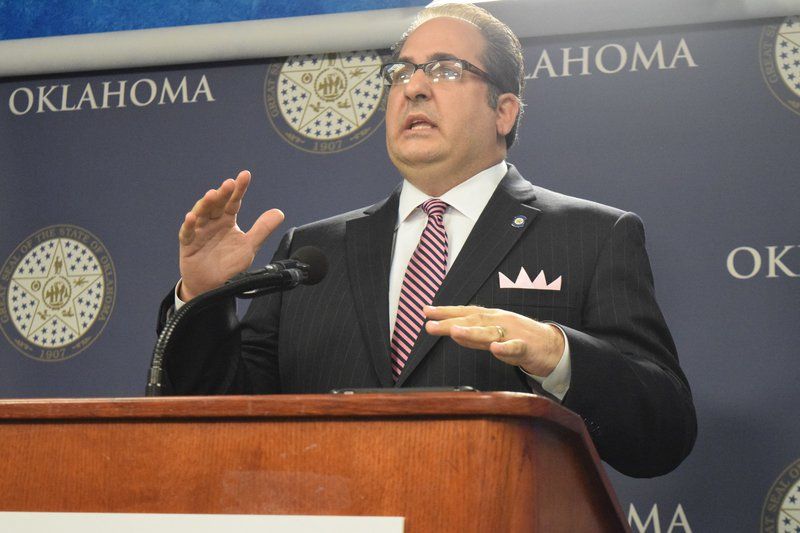 "Delayed justice is no justice at all." Senator Loveless makes the case for civil asset forfeiture reform in Oklahoma.

According to both Freedomworks and the Institute for Justice, Oklahoma ranks very low in each organization’s grading system concerning civil asset forfeiture laws. Both organizations rate Oklahoma at a D-, specifically because the state does not require a conviction to forfeit property, lacks transparency with its inventory of seized and forfeited property, and creates conflict of interest and incentive for law enforcement to obtain property since as much as 100 percent of forfeiture proceeds go back to law enforcement.

In March 2009, a Canadian County deputy in Oklahoma stopped Moua Yang and his father, Chao Yang, for driving at 76 mph in a 70-mph zone. The Yangs were driving a rented vehicle through Oklahoma on their way to a family member’s wedding in California. After a period of questioning, the Yangs permitted a search of their vehicle where Deputy Mike Stilley discovered $25,000 in cash. Deputy Stilley claimed the money was tied to drug trafficking, but the Yangs were never charged with a crime. It was nearly four years later that the Yangs finally received a portion of their money back, settling at $12,845.

A recent survey conducted in September 2015 noted that seventy percent of voters in Oklahoma would support legislation limiting confiscation of property to instances where a criminal conviction is achieved. Even more telling was that 78 percent agreed with the fact that the act of law enforcement keeping confiscated property without first getting a conviction denied owners their constitutional right of due process and is un-American.

Despite what seems to be overwhelming support for reform, the law enforcement community in Oklahoma has spoken out strongly against Sen. Loveless and SB 838. In an effort to compromise and push some form of positive change to civil asset forfeiture laws currently in the books, Sen. Loveless included five exemptions to the criminal conviction requirement in the updated version of SB 838. The exemptions include the death of a defendant, immunity given to the owner as part of a plea deal, and if the amount of funds seized exceeds $50,000.

If Sen. Loveless’ efforts are successful, it will restore a certain level of justice back to the people of Oklahoma. Director of Policy for the Oklahoma Policy Institute Gene Perry stated, “We've already seen too many examples of civil asset forfeiture being abused in Oklahoma and around the nation. Reforms to ensure due process will help to restore trust in our justice system and make sure law enforcement has the right incentives for keeping us safe.” Let’s hope round 2 of this effort will see the implementation of much needed reform in the Sooner state.