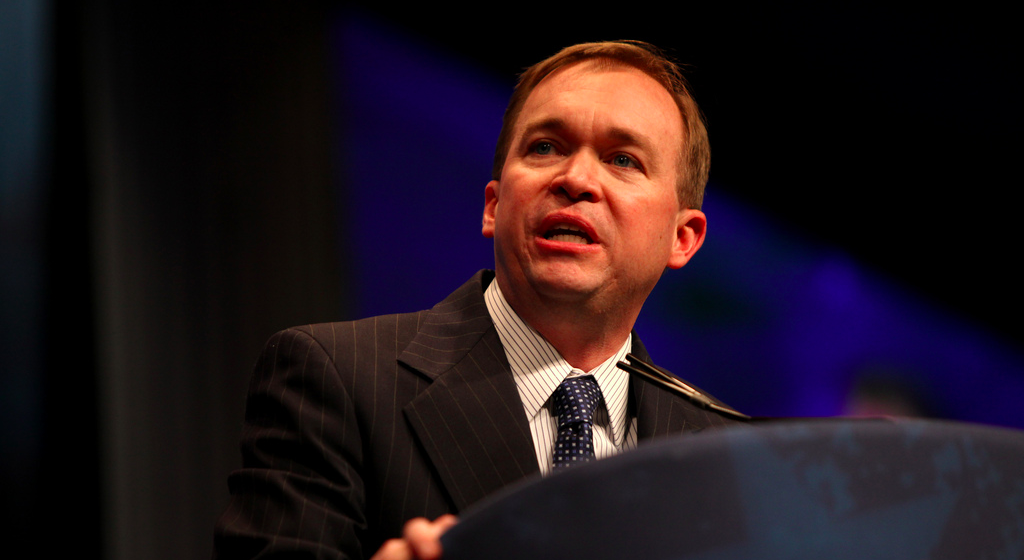 Mulvaney said that he is often referred to as the “budget director,” which he says is “fine,” but that the role is about much more than that. Specifically, it is also about the deregulation agenda which has been a central focus of the Trump administration in its first year. This crucial role was made evident by Mulvaney’s detectable passion in speaking about the administration's massive successes in deregulation thus far.

As Mulvaney cited, many of the people in the bloated government bureaucracy currently had not even been born during the last major deregulation effort — even the forms to roll back rules were hard to find, while the forms to create new rules were readily available. This is no surprise coming from the Obama era, when executive branch action to add new regulations was rampant, and heavy-handed regulation in every area of the economy was the norm.

The tune has shifted, however, with Mulvaney’s leadership at the OMB, the federal agency through which all regulatory actions must run. With Mulvaney leading the efforts, the administration has far surpassed the goal that the administration set for itself during the campaign — that a Trump presidency would mean two rules eliminated for each new regulation. At the end of 2017, this ratio was twenty-two to one.

According to Mulvaney, it is not surprising that the media has pushed back against the scope of this historic deregulatory effort, challenging whether that number analysis is real, and giving next-to-no coverage of the success. He said that, as is predictable, we are “not hearing much about it because it’s going really well.”

In fact, he expressed that his role in deregulation is no where near to complete. Giving insight into the nature of the deregulatory effort, he said that, fortunately, “everything that the Obama administration did without Congress, we can undo without Congress.” Along these same lines, the ease with which the regulations were created indicate the ease with which they can be rolled back.

The regulations slashed in the first year, Mulvaney explained, are those that the Obama administration put in with relative ease. The larger lifts — more complex rules that took years to formulate — such as the Waters of the United States rule and the Clean Power Plan, are more difficult to roll back, and will be primary focuses of the deregulatory effort in the administration in 2018.

Needless to say, there are now likely few in the bureaucracy who are not familiar with deregulatory efforts, and I am certain that the forms to roll back rules are no longer hard to find. As Mulvaney put it simply about deregulation, “It’s a priority for us, get it done.” FreedomWorks applauds the successes of last year’s regulatory rollback, and looks forward to the successes that lie ahead in freeing our economy of heavy-handed, competition-stifling regulations.

Watch Director Mulvaney’s interview at CPAC in its entirety here.

If you are connect the window10 with wireless display and you will enjoy the first function are important of the Maine rules are on this http://windowstuts.net/mobile place if you are agree to enjoy the best of the best option on this website.