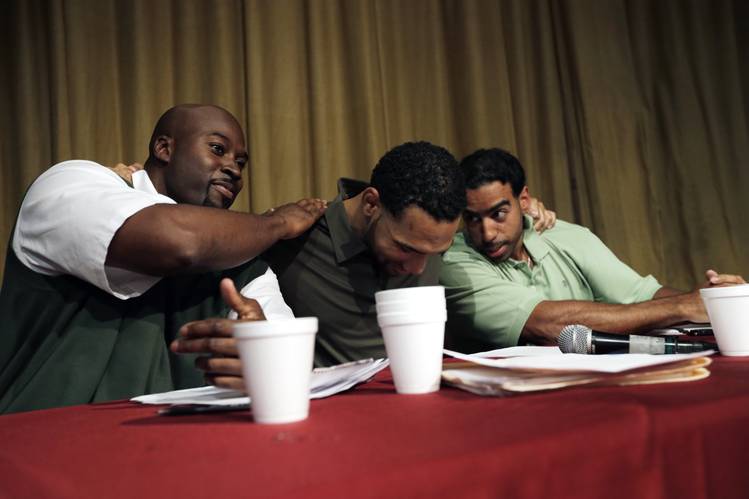 On Friday, September 18, the Bard Debate Union at Eastern New York Correctional Facility defeated the Harvard University debate team in intercollegiate competition. The significance of such a win highlights more than just the dedication and skill of the winning team, it establishes credibility toward the efforts behind the Bard Prison Initiative (“BPI”) and the idea that providing prisoners access to education is an option worthy of consideration.

What began as a student-run organization in 1999 by Max Kenner, is now the leading and largest college prison model in the United States. With nearly 300 incarcerated men and women currently enrolled, BPI offers students the opportunity to acquire a Bard College degree while completing their prison sentences. BPI, now officially a Bard academic program, runs a network of six different campuses located in six different prisons across the state of New York.

A sobering reality is the fact that the United States imprisons more people than China and Russia combined. The overcrowding of prisons makes attempts at rehabilitation even more difficult. Some states have even resorted to the early release of violent criminals to lessen the strain on a limited budget. These knee-jerk reactions performed in order to manage a crisis do nothing to truly alleviate the growing problem.

More often than not, recently released criminals return to the same lifestyle and soon find themselves back in the system. Under this tired ritual and a continued prison population growth, which has its roots in justice system flaws such as draconian mandatory minimum sentencing laws, the Bureau of Prisons’ budget has grown from approximately $3.7 billion in 2000 to $6.9 billion for 2015 in nominal dollars.

While the idea to educate prisoners, supply them with skills and knowledge to use outside the prison walls, and consequently reduce recidivism at its core seems the obvious choice, the issue eventually becomes funding. It’s easy to jump onboard this train of reasoning – “Provide prisoners an option to contribute to society, cut crime, lessen the security risk prison staff face, and make communities safer all while diminishing incarceration costs? Sure. Why not?” -- and support efforts toward creating more programs such as BPI, but it is important to remain vigilant and focused on the overall goal. Simply pouring in federal monies toward such programs won’t necessarily solve the problem when other more effective alternatives at preventing an overabundance of federal prisoners -- over 60 percent of whom are non-violent offenders – exist.

Regarding the Obama administration’s Pell Grant initiative, which hopes to restore Pell Grant access to prisoners, Grover Norquist from Americans for Tax Reform opines, “If you’re talking about reducing mandatory minimums, that doesn’t cost money. That saves money. If you’re talking about reducing the 4,000 federal laws and the several hundred thousand regulations that can send you to prison if you fill out the paperwork wrong, that doesn’t cost a penny. Asking for more money up front is a distraction from what can be accomplished.”

Additionally, Jason Pye points out that while education programs bring hope and promise toward a decrease in prisoner return rates, attempts to reinstate Pell Grants for prisoners outside of Congressional approval will only create a rift in bipartisan support since “[c]onservatives are understandably frustrated by the administration's use of executive power to go around Congress to accomplish its goals.”

BPI is a strong example of the success of a prison college program funded entirely by individual supporters and philanthropic foundations. Less than 2 percent of incarcerated BPI students have returned to prison, and many of its students have embarked to acquire graduate degrees from top universities, including New York University and Yale.

As Max Kenner noted, “We provide the same education that anyone in this room would want for their own children, to the people America is most certain can’t succeed at anything… Throughout American history there have always been groups of people who excelled in ways we never expected… As much as we count them out, given the chance, they’ll succeed…They don’t return to prison, but they do pay taxes, they do support their children. And it’s only our cynicism that makes this seem impossible.”

As for the BPI debate team, this wasn’t the team’s first and only win. Holding a current 3-1 record, BPI has defeated competitors such as the West Point debate team and the University of Vermont debate team (which was ranked 14th in the world) at separate competitions. Of additional significance is the fact that BPI debate students prepare for their events without the luxury of internet research availability, email, fancy debate camps, or readily accessible books and articles to use for preparation (such resources must first be approved by the prison administration which can at times take several weeks).

With significant wins behind them, members of the BPI debate team show promise of continuing a successful record and bringing validity to the Bard Initiative Program and inmates who seek the opportunity for a fair chance in life.