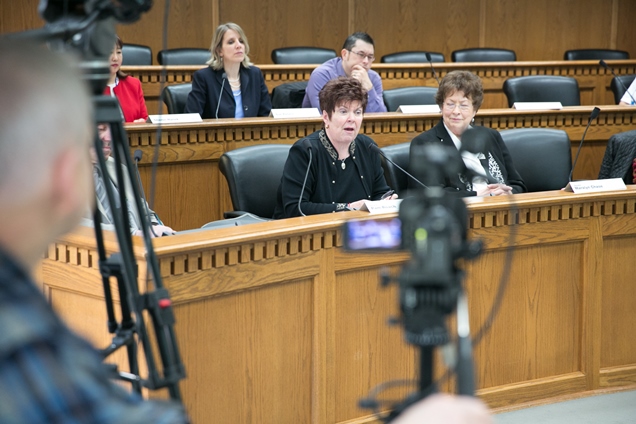 Georgia Takes Back Some Academic Freedom

In Georgia, academic freedom is a mixed bag. Legislators in that state have accepted Common Core standards, which gives the federal government unprecedented control over testing standards in individual states. As one of 22 states in the Partnership for Assessment of Readiness for College and Careers,  they handed over some of their local control to federal overseers. However, Georgia took steps this week to maintain some level autonomy.

Washington, DC- FreedomWorks is announcing its support of North Carolina Lieutenant Governor Dan Forest’s request that the state’s Department of Public Instruction answer his questions about the implementation of Common Core standards before their August State Board of Education meeting. FreedomWorks Director of Grassroots Whitney Neal released the following statement:

Today, the fight on Common Core heated up with the first hearing on the topic in Michigan. On one hand is the more liberal wing of the legislature which feels that the Common Core standards would set a high bar for academic achievement across the country.

When we think of states to look to in terms of free markets and the responsibility of personal choices, most of us wouldn’t think of Michigan first, or second. Let’s face it, Michigan wouldn’t crack most peoples’ top ten. However, Michigan is making progress; away from so-called progressivism. Michigan’s shiny new status as a right-to-work state is one of the biggest steps towards this new, freer Michigan.  It is moving away from its union-tied nanny-state history. What should not be overlooked, though, is what Michigan is doing in education.

At a congressional hearing in March, Senator Ron Wyden asked the question that a leaked FISC order answered weeks ago. “Does the NSA collect any type of data at all on millions or hundreds of millions of Americans?” “No sir,” replied James Clapper, the NSA’s Director of National Intelligence. “Not wittingly.”

Common Core - Resources and Information from the Experts

The state of our nation's education and the standards by which both students and educators are held should be of importance to all of us.  Common Core State Standards are national math and language arts standards that are being implemented across the country despite pushback from legislators, teachers and parents.

FreedomWorks is currently working with parents, teachers and activists across the country to educate citizens on the dangers of Common Core, as well as give them the tools to stop Common Core in their state.