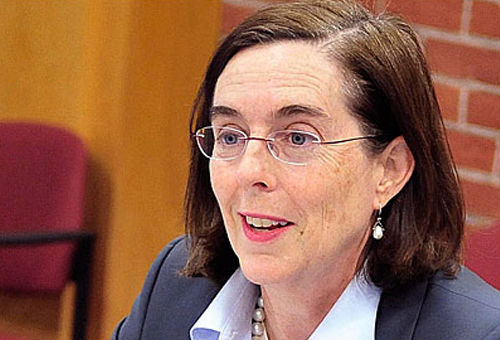 Thank you, Gov. Brown, for giving students a choice!

This is a big victory for school choice in Oregon, and shows considerable courage on Gov. Brown’s part. Although the bill handily passed the legislature last week, the federal government has threatened the state with the loss of $140 million in education funding for allowing opt-outs, and Brown faced heavy pressure from liberal groups to veto the bill.

Opting out of standardized testing is legal in many states, but since school districts often face participation quotas in order to receive funding, some school officials have been bullying or intimidating parents into waiving their legal rights on the issue. Increased knowledge and available of the option to refuse testing will empower parents to take greater control of their child’s education, as well as lend fuel to the anti-Common Core movement sweeping the nation.

The increased focus on standardized testing in recent years has led to dissatisfaction among teachers, who must spend less time engaging with children on an individual level, and more time on rote test preparation. One of the country’s top teachers actually resigned over this issue, and elsewhere we have seen massive cheating on the part of teachers in order to inflate test scores.

Unfortunately, the proposed reauthorization of No Child Left Behind still contains federal testing mandates, meaning that states will continue to feel pressure from the U.S Department of Education to force children to take unnecessary tests. Until we can end this requirement, it's going to take governors who are willing to turn their back on federal dollars to make real progress on education reform.

FreedomWorks congratulates Governor Brown for making the right decision and recognizing that education should come from parents and teachers, not in the form of blanket mandates from the federal government.