Despite strong support for basic, common sense laws ensuring the integrity of the vote across the country (see here, here, here, here and here), the Left continues to insist that requiring positive identification and verification of eligibility before voting is somehow suppressive, racist and and an evil plot to steal elections for Conservatives. Few public officials, however, are bold enough to state it in public. They'll poo-poo and soft peddle it so as not to sound extreme.

Here in Oregon, we don't have to worry about such delicate political sensibilities. Our leftist politicians feel perfectly comfortable stating their beliefs, secure in the knowledge that in Portlandia, Keeping Portland Weird means never having to pretend to be reasonable. 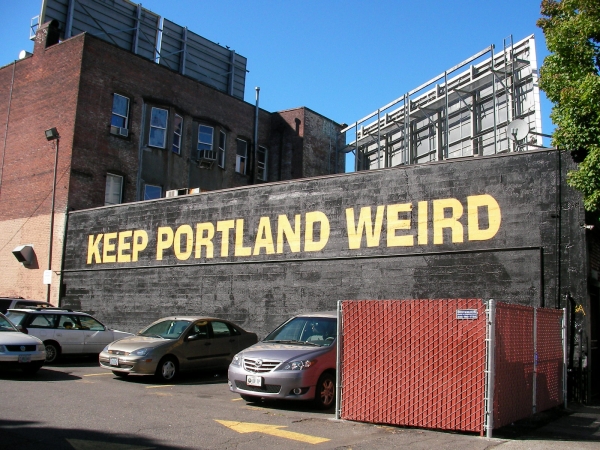 To wit: Kate Brown, Oregon's Secretary of State (elected in large part due to support from George Soros' SOSproject.org), went way off the deep end at a Labor Day Labor Rally, declaring that it's all just a vast, right wing conspiracy:

Now, to be fair, Secretary Brown has not been known recently for her strong adherence to state statutes or common sense. She arbitrarily changes election dates; she writes rules allowing counties to circumvent state law requiring the destruction of unused ballots at 8pm on election day; she has consistently fought to restrict citizen access to the ballot initiative process. In fact, she's left such a wake of medicrity and supposed incompetence that she's inspired the Twitter hashtag - #KorruptKate.

Oregon has long been the playground of socialist experimenters. It's high time that we instill some basic common sense in our public officials.

1
05/12/2014
"Oregon Set To Say Goodbye To Its Doomed Health Care Exchange"
"https:\/\/www.freedomworks.org\/content\/oregon-set-say-goodbye-its-doomed-health-care-exchange?social=facebook_share"
"Oregon is saying goodbye to the terminally ill Cover Oregon, after millions in wasted taxpayer money, FBI investigations, lawsuits and political fallout that will be felt for years to come."
https://fw-d7-freedomworks-org.s3.amazonaws.com/styles/thumbnail/s3/field/image/CoverOregonPic.jpg?itok=Vfjq3DvT
Blog

In 2011, with bipartisan support from both Democrats and Republicans, Cover Oregon was ushered in as the vanguard of the state based healthcare exchanges encouraged by the Affordable Care Act. Instead of resisting the Obamacare mandate, the Oregon legislature doubled down on Obamacare, with the encouragement of our Democrat Governor, former ER doctor John Kitzhaber. Despite innumerable warnings from grassroots activists that the project was doomed to failure, most Republicans in the legislature were persuaded to go along. Now, Oregon is saying goodbye to the terminally ill Cover Oregon, after millions in wasted taxpayer money, FBI investigations, lawsuits and political fallout that will be felt for years to come.