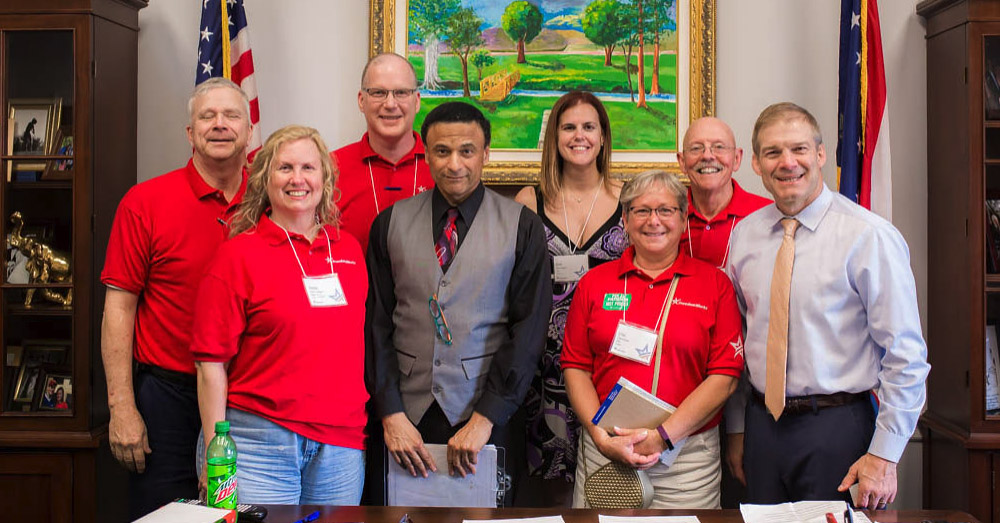 Activist from Ohio and across the nation converged on Washington DC to discuss a proposal that originated from the Health and Human Services (HHS) regarding medical drug price fixing. The HHS proposal, known as International Pricing Index (IPI) would set drug prices in the US based on prices from socialist countries from around the world.

Initially, IPI seems like a great idea that could reduce the cost of drugs to the end consumer, but when we start drilling down into the details and see what the end results would be, its best that this idea be cast aside.

Consider this, if IPI was a new drug it’d never get a FDA approval. Why; IPI provides immediate pain relief and the patient fells better, but ultimately, IPI is lethal and kills the patient.

IPI’s lethality comes in several forms. The US pharmaceutical industry is the worlds provider of new and innovate drugs and medical procedures. It spends billions of dollars on research, development, testing and approval of drugs that save and provide better quality of life. If these investment costs cannot be re-couped, future investment dries up and research for cures to cancer, diabetes, aids, and other life threatening diseases will be stalled because there’s no way to recover the cost of development.

FreedomWorks Director of Regulatory Action, Ken Cuccinelli authored a paper on what the impact of the IPI would be. READ HERE. This well written document discusses problems with IPI and why it should not be implemented. Cuccinelli addresses solutions that won’t kill the patient.

Many of the 160 activist who attended have never been to Washington DC, let alone visited Congressional offices, so this was an excellent opportunity for them to see how things worked in DC. The first lesson was, normally, if you don’t have an appointment, odds are good you probably won’t be seeing your actual Senator or House member. However, if you’re in a small and manageable group that’s in the Congressman’s district, either the chief of staff or a staff members who specialized in legislation (in this case healthcare) will take the time to meet with you.

Armed with the IPI information, activist broke up into small groups. There were seven of us in the Ohio / Virginia group, we spent the afternoon visiting Senate and House offices up on the hill. The majority of offices had just heard of IPI, but since it’s so early in the stages of HHS rule making, it really hasn’t shown up on their radar. This was perfect as we were able to present the congressman with a heads up as to what the consequences of IPI if it becomes a rule. Since the IPI early comment period had ended with over 70 percent of comments opposed to IPI, our goal was get it withdrawn before it even entered the HHS public comment period. We presented each office with ideas on legislation solutions that would address the cost of drugs, yet allow the free market to prevail.

In the majority of visits, we were well received. IMPORTANT – I also like to also visit offices that I believe are opponents of our position. These MUST be cordial, respective, and most important, non-confrontational??? Remember, if a Congressman never hears from you, then they can only assume you are happy with their work.

The only case where we were not received well was with the Chief of Staff (CoS) for Virginia Bobby Scott. Rather than hearing from one of his constituents, the CoS seemed to want to generate a confrontation. We left that office asking the CoS to please present our paper to Congressman Scott, perhaps Scott could look past language that the CoS objected to and consider the other information on the sheet. (NEVER get involved in a confrontation in a congressman’s office, say thanks and leave.)

The Ohio Liberty Coalition (OLC) is a statewide conservative organization who collaborates with most of Ohio’s conservative and liberty minded groups. Our goal is the to stay informed on whats going on in Ohio and how it effects the liberty of all Ohioans. On the national front, its grass roots organizations like FreedomWorks that we rely on to be our eyes and ears on whats going on in Washington DC.

Thank you FreedomWorks for helping us outsiders get a view on Washington DC.