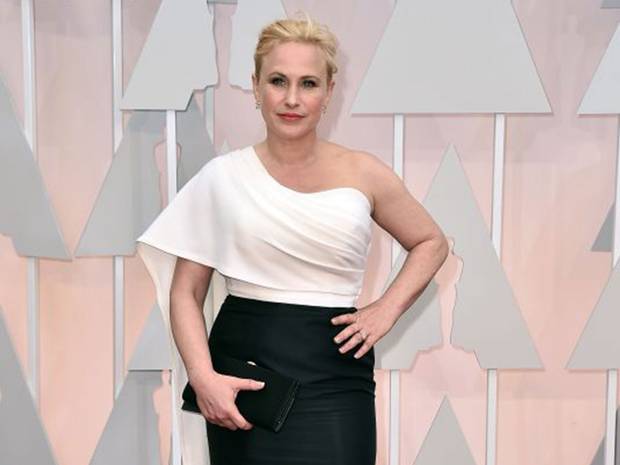 Did you watch the Oscars last night? I only caught a few highlights, including Lady Gaga’s excellent tribute to The Sound of Music and Patricia Arquette’s ill-informed diatribe on women’s rights.

Don’t get me wrong, I thought Boyhood was a great movie, and Arquette thoroughly deserved her Oscar. But her comments, both on the stage and behind it, display a troubling misunderstanding of rights and statistics.

Chatting backstage after her acceptance speech, Arquette said the following:

Okay, there’s a lot in that. Let’s break it down.

First of all, it’s unclear what earning less money as you get older has to do with rights. It’s equally unclear why she would attribute something with obvious cause - poverty in single-parent homes - to some sort of rights violation. What rights do men have in America that women do not? Is it a right to force other people to pay you money, and should the law force families to stay together or prohibit women from getting pregnant to address the problems she bemoans? Clearly not.

One can only assume that the root of her complaint is the mythical wage gap that the left keeps repeating, no matter how many times it is debunked. You’ve no doubt heard this statistic: “women earn 70 percent of what men earn for doing the same work.”

If it sounds shocking, it’s because it’s not true. Not even remotely. The Bureau of Labor Statistics (BLS) reports that across the country, the average woman makes about 82 percent of what the average man does (the 70 percent statistic hasn’t been true since the 80s). There is no effort to correct for different types of employment, seniority, industry, productivity, or any other factor that might affect wages. When you correct for these other factors, the wage gap disappears.

To conclude that the data from BLS demonstrated some sort of institutional discrimination or a violation of women’s rights makes as much sense noting that 18-year-olds make less than 40-year-olds, and concluding that institutional ageism is the reason. Women make different choices than men. They work different hours, go into different industries, and tend to take more time off for family reasons. These choices, not a lack of women’s rights, are the true source of the wage gap.

To embrace the alternative viewpoint requires us to believe that American entrepreneurs are so sexist that they willingly spend 40 percent more on labor than they have to, just to keep women down. My colleague Julie Borowski has covered this topic extensively.

Arquette went on to say:

"The truth is: even though we sort of feel like we have equal rights in America, right under the surface, there are huge issues that are applied that really do affect women. And it's time for all the women in America and all the men that love women, and all the gay people, and all the people of color that we've all fought for to fight for us now."

If a rich, white, Academy Award winning actress is expecting sympathy from the minority groups she names, I expect she’ll have rather a long wait.

Paycheck "Fairness" Is Anything But Fair

Today, the House is voting on a bill, the so-called "Paycheck Fairness Act," H.R. 7, which would make it easier for an employee or employees who allege wage discrimination to sue their employer while also making it nearly impossible for employers to defend their practices. Most importantly, not only does it do this at no benefit to the women it purports to be for, but actually does it at their expense, by harming job creators who offer the variety of jobs that women enjoy choice within.

It’s no accident that Hillary Clinton’s first series of events after announcing her candidacy for president comes on April 14th, “Equal Pay Day.” It’s also fitting that the equal pay debate, for which Clinton has been a key spokesperson, is premised on a complete lie. One would expect nothing less from the woman who, just recently, told blatant falsehoods in a hearing about her misconduct as Secretary of State.

2
04/14/2015
The Lie Of The Gender Wage Gap As Reported By ... Slate Magazine?
"https:\/\/www.freedomworks.org\/content\/lie-gender-wage-gap-reported-slate-magazine?social=facebook_share"
null
https://fw-d7-freedomworks-org.s3.amazonaws.com/styles/thumbnail/s3/te_social_media_share/fw_default_0.jpg?itok=35IWEBMb
Blog

The Lie Of The Gender Wage Gap As Reported By ... Slate Magazine?

Slate Magazine published something remarkable this week - and I'm not referring to the drivel about you being evil for wanting to give your kid the best education available. No, in this case, remarkable is a good thing.

If Women Still Make Less Than Men, It's On Purpose

Today is "Equal Pay Day:" the 50th anniversary of the passage of the "Equal Pay Act" which, according to John F. Kennedy and most of his successors, was supposed to be the moment when society finally became equal and women earned precisely as much as men for the same jobs.

President Barack Obama declared April 9 “National Equal Pay Day,” – a date chosen to supposedly mark how long into the new year women have to work to match the male median wage of the previous year. Obama has repeatedly lamented that women earn “up to 23% less on average” than men do; it’s a good talking point for a president who captured more than half of votes cast by women in 2012.

5 Real Things You Should Know about the Paycheck Fairness Act

The liberal political website Think Progress has posted a new blog titled “5 Things You Should Know About the Paycheck Fairness Act.” As a supporter of the bill, Annie-Rose Strasser writes that: 1. The Paycheck Fairness Act is not new 2. Pay Equity is a real problem 3. Lost Earnings have serious consequences 4. Existing law doesn’t go far enough 5. Mitt Romney has not taken a position on the bill

The Myth of the Gender Wage Gap