Paul Krugman Understands the NSA, Why Don't You?

As Much As Possible:

Here is a quick summary of what we know the NSA is collecting: phone metadata (including location), IP addresses , emails and much more.

Robert Litt, NSA’s Chief Legal Counsel, tried to justify such sweeping data collection by saying “we collect all the data because if you want to find a needle in the haystack, you need to have the haystack”. This directly contradicts what we have heard echoed from various major new sources – that surveillance was limited in size and targeted in scope. Could it be that Litt, is channeling James Clapper, and attempting to give the “least untruthful answer?” 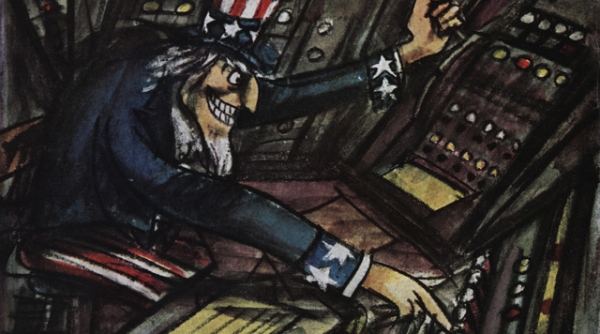 As Little as Possible:

The secretive NSA is not limited by proven judicial oversight methods. The NSA derives its legal authority to spy on America’s private communications from the rulings of special courts called FISA courts. When the Obama Administration claims that NSA spying has to pass legal muster in order to go forward, it’s these courts which must lend the rubber stamp. There is very little information on the actual warrant-granting process of these courts.

These general warrants are different than the warrants commonly given by civil courts. The NSA outlines the general scope of the investigation they would like to undertake, not naming any individual. This general warrant is processed by a FISA court, whose legal justification is sealed. Essentially the courts must give clearance for a case in which they don’t know specifics of the persons or places to be searched but only the classes of information the NSA would like to search through.

Americans have always been wary of general warrants and their potential for abuse. In fact, the abuse of general warrant procedures was one of the prominent gripes that colonists had with the British Empire. The 4th Amendment has been interpreted by FISA courts in such a way that the NSA’s expansive spying operation is deemed loosely constitutional. Whatever their justification, be it satisfactory or not, we will never know. All FISA rulings and the associated legal acrobatics are sealed and secret. At this stage, despite petitions from many different tech organizations and politicians, the rulings and scope of what FISA has authorized remain secret. 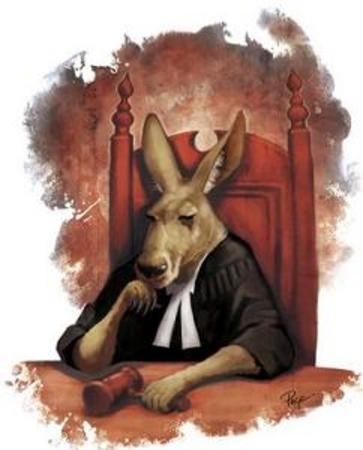 All Data, All the Time:

Robert Litt  says, “The NSA has extensive technological processes, including segregated databases, limited access and audit trails, and they have extensive internal oversight, including their own compliance officer, who oversees compliance with the rules.” But what will stop them from formatting these segregated databases into a hub database design? The data hub the IRS and HHS are constructing to enforce ObamaCare pulls data from many different organizations with ease. It’s utterly foolish to think easily alterable database design is a sufficient bulwark against government overreach.

Even if you feel that you have “nothing to hide”, it doesn’t matter. The NSA’s unchecked spying authority assures that they can find any secret you might want to keep. We have a right to privacy and a choice whether to share information or not.  Leaving the NSA with such incredible power and such minimal oversight could lead to very serious consequences down the road. In other words, dare we say, Paul Krugman is right - we are “kind of on the totalitarian side.”

Tell Congress to Investigate the NSA and rein in the FISA Courts.

Daniel, I'm afraid both Paul Krugman and you do not understand the facts regarding the NSA, and your "quick summary of what we know the NSA is collecting" is indicative of just how much you know that isn't so.
I have no desire to debate the issue, but if you're willing to make corrections or retractions, I'd be happy to point out your errors and misrepresentations, beginning with your quick summary.

In Case You Missed It: More evidence for the claim of As much as possible/As little as possible.

"Here is a quick summary of what we know the NSA is collecting: phone metadata (including location), IP addresses , emails and much more." some info linked below...

Mainstream professional journalism backs my essential point: the NSA is collecting as much as possible (on citizens) and their oversight mechanisms are as minimal as can be! Scary stuff, for sure...

"The rule they ended up writing, which was secretly approved by the Foreign Intelligence Surveillance Court, says that the N.S.A. must ensure that one of the participants in any conversation that is acquired when it is searching for conversations about a targeted foreigner must be outside the United States, so that the surveillance is technically directed at the foreign end." BAM!

Unlike most readers, when I see links associated with misinformation I check them out, plus the links provided in the linked article.

The blue-underlined words are links. If you want to know more about one claim or another, those hyperlinks will help you find more information :)