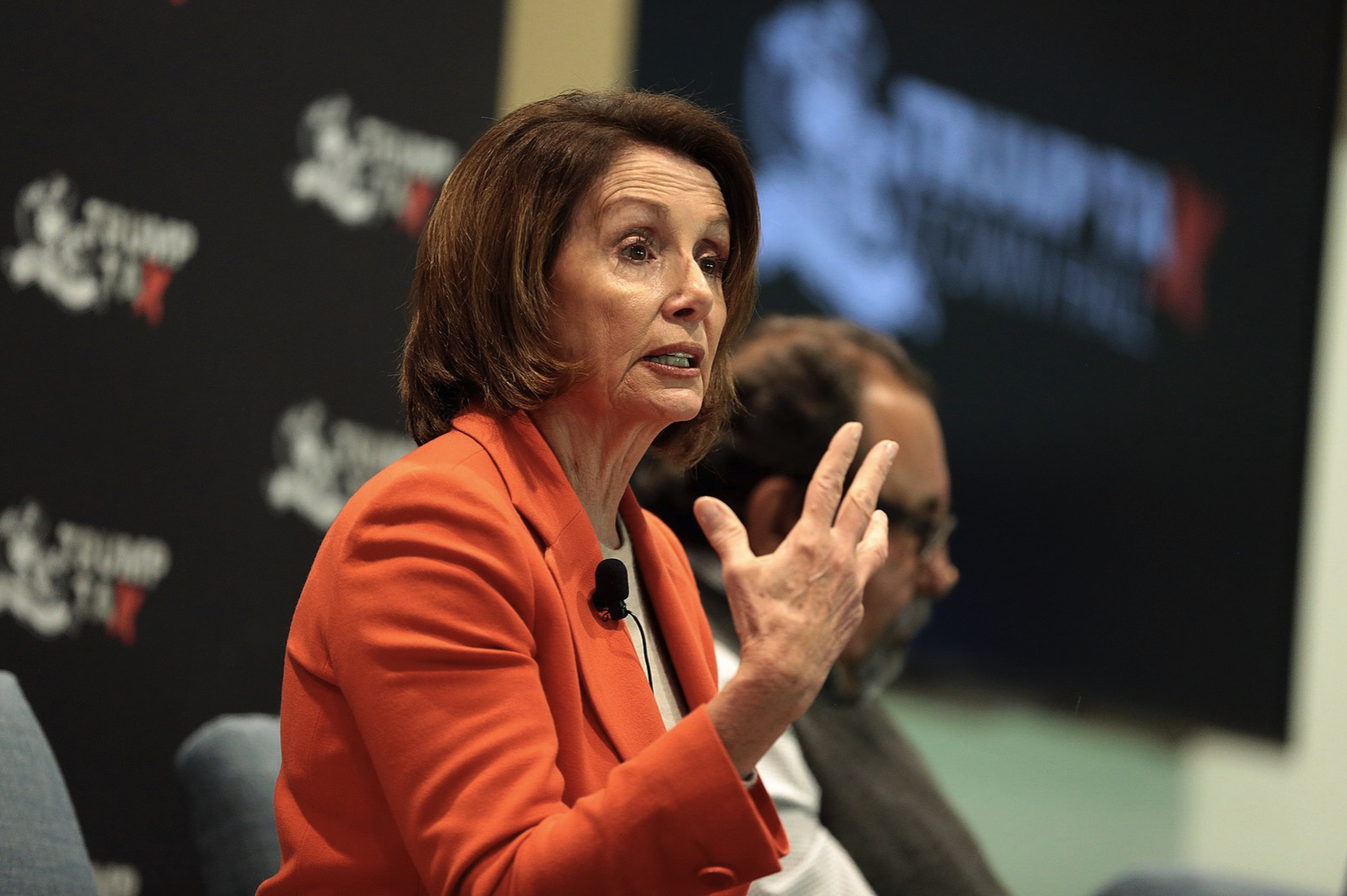 Pelosi has mandated the wearing of facemasks in the House of Representatives and called for a nationwide face mask mandate. She said, “It's not about protecting yourself, it's about protecting others.” She called President Trump a “coward” for not wearing a mask, adding, “Real men wear masks, be an example to the country, wear a mask.”

The Speaker, who was heavily criticized in April for being out of touch when showing off her expensive freezer full of ice cream, has also used the cover of the pandemic to try to move far-left policies that have nothing to do with COVID-19 while also peddling conspiracy theories about the U.S. Postal Service, which was facing a financial crisis long before the pandemic.

Of course, with COVID-19 still here and no available vaccine, wearing a face mask can limit the spread of the virus. One of the funnier examples of how effective face masks can be was demonstrated by Uncle Rob, whose humorous Facebook videos usually involve copious amounts of gasoline and blowing something up. Even if one doesn’t believe face masks work, being “respectful and considerate of other people,” as Minnesota Vikings quarterback Kirk Cousins recently said, is still important. Face mask mandates, though, are a bridge too far, not to mention unenforceable.

Pelosi isn’t the first politician to fail to heed her own words. New York Gov. Andrew Cuomo, who, for some reason, believes he has the credibility to lecture anyone on how to handle the pandemic, was photographed while, without a face mask, hugging the mayor of Savannah, Georgia after delivering supplies to the coastal city. Cuomo mandated the wearing of face masks throughout New York in April. Politicians have skirted other mandates. For example, Philadelphia Mayor Jim Kenney, who has kept restaurants closed in the City of Brotherly Love, recently dined in a Maryland restaurant while business owners and employees in Philadelphia struggle to make ends meet.

In the case of Pelosi, she furthered her absurdity by playing the victim, claiming that she was set up by the owner of the salon and demanding an apology. She also blamed the salon for allowing her to come in amidst a city-ordered closure. Translation: Pelosi is mad that she got caught. The salon owner denied the accusation and said the one thing that came to everyone’s mind who said the video: “I just thought about my staff and people not being able to work and make money and provide for their families, and if she is in there comfortably without a mask and feeling safe, then why are we shut down? Why am I not able to have clients come in.”

People’s livelihoods have been decimated by the response to COVID-19. The personal and economic liberties that we have are not a gift from the government; we have these liberties simply because we exist. It certainly is wise to take precautions to limit our individual risk of exposure to the virus, as well as exposure to those around us. However, it’s unreasonable and un-American to expect people to stay sheltered indoors for months on end and not be able to make a living.

Pelosi deserves every single bit of criticism she is getting for this. No one should care that she visited a salon in violation of city ordinance. The ordinance shouldn’t exist. What people should be upset about is the blatant hypocrisy displayed by the Speaker.