Pelosi’s USPS Bailout Would Do Nothing to Stop Looming Insolvency 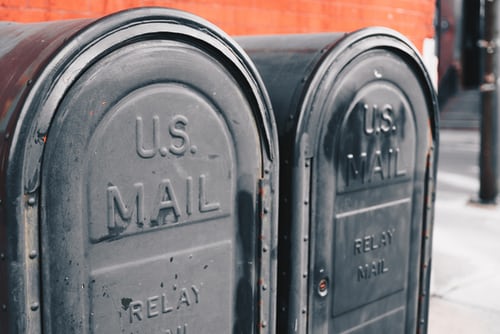 Speaker Nancy Pelosi is cutting the House's vacation short with the aim of returning to Washington to address the manufactured crisis du jour: the politicization of the U.S. Postal Service.

Remember that a few months ago, rather than make tough choices and overhaul the USPS, Democrats aimed to bail out the service to the tune of $25 billion while also imposing a slew of federal mandates on how states conduct federal elections. Never ones to let a good crisis go to waste, Democratic leaders have charged the House to return to block changes the USPS had made to manage its long-standing financial woes and to approve $25 billion in funding.

Clearly, the 2020 election will see an increase in mail-in voting due to the COVID-19 pandemic. In response, the USPS has notified 46 states whose election laws are “incompatible” with the agency’s “delivery standards.” This is a problem created by the states themselves, not the USPS, nor the federal government.

In fact, though it lost over 4% of election mail in 2018, the USPS prioritizes mail related to elections. As the Washington Post recently noted, “[P]ostal workers have long informally treated election mail — including voter registration materials, voter information and ballots — as first-class items, affording them privileges their 20-cent price point ordinarily would not allow.” This will not change. Regardless, there is no evidence that the USPS is involved in any election shenanigans.

The CARES Act did increase the USPS borrowing authority by $10 billion, providing access to capital from the Treasury. But this measure “merely postpones the impending liquidity crisis and the borrowings must be repaid in a period where cash shortages are forecasted,” according to a USPS statement on its most recent quarterly financial statement. The USPS itself has said it will not run out of funding before the election, with liquidity to continue operating through at least August 2021.

The USPS doesn’t need a bailout; it needs reform. As of May 2019, the USPS had $161 billion in unfunded liabilities and debt. The Government Accountability Office has floated several solutions, saying in a report, “Regarding USPS, reassessing its business model should start with the level of required postal services. ... For example, delivery is USPS’s most costly operation; USPS officials estimate annual savings of $1.4 billion to $1.8 billion if delivery of mail were reduced to 5 days rather than 6 days per week.”

However, congressional Democrats, at the behest of labor unions, pushed back even when President Barack Obama proposed such reforms. It should come as no surprise that labor unions are a barrier to any USPS reform. The fact that the National Association of Letter Carriers recently endorsed Biden’s campaign tells you that the USPS has become the new political football.

USPS is supposed to function as a financially self-sustaining entity. However, the laws of supply and demand come into play when you note that mail volume has rapidly declined, for obvious reasons, peaking in 2006 at 213.1 billion pieces.

The USPS’s financial woes have been compounded by COVID-19. Mail volume is down in fiscal year 2020, and losses are expected to be even higher than last year. In fact, the USPS hasn’t made money since 2006. The USPS ran a nearly $75 billion deficit at the end of fiscal year 2019.

Still, Congress itself shares the blame for many of the USPS’s problems. In 2006, the Postal Accountability and Enhancement Act, required the USPS to fund retiree health benefits in advance rather than in a pay-as-you-go fashion. Of course, the USPS hasn’t paid up since 2011. A wolf in sheep’s clothing, the USPS Fairness Act would return the USPS to a pay-as-you-go system while leaving taxpayers to foot the bill for tens of billions of dollars in the USPS’s unfunded liabilities.

The GAO has given Congress options for how to address the unfunded liabilities for health benefits, which isn’t the only unfunded liability the USPS has, but inaction only means that the trust fund will be depleted in 2030. Recent changes to the USPS do not change the fact that the USPS still has long-standing financial issues. Further bailouts only delay the inevitable.

Throwing money at the USPS appears to be what Democrats, as well as some Republicans, are ready to do. The USPS doesn’t need a bailout; it needs a change in its business model. But in today’s political landscape, meaningful postal reform by Congress looks less likely than ever.