After being on the ground and fighting for education reform for nearly 2 years, our FreedomWorks field team in Pennsylvania received some great news on School Choice as of late Saturday evening, June 30th, when HB761 passed both chambers right before the midnight budget deadline.  Governor Tom Corbett signed the bill into law that same night along with an on-time budget.  A school choice voucher program was one of the Governor's top priorities during his campaign in 2010 and we are thrilled to see movement in the right direction. 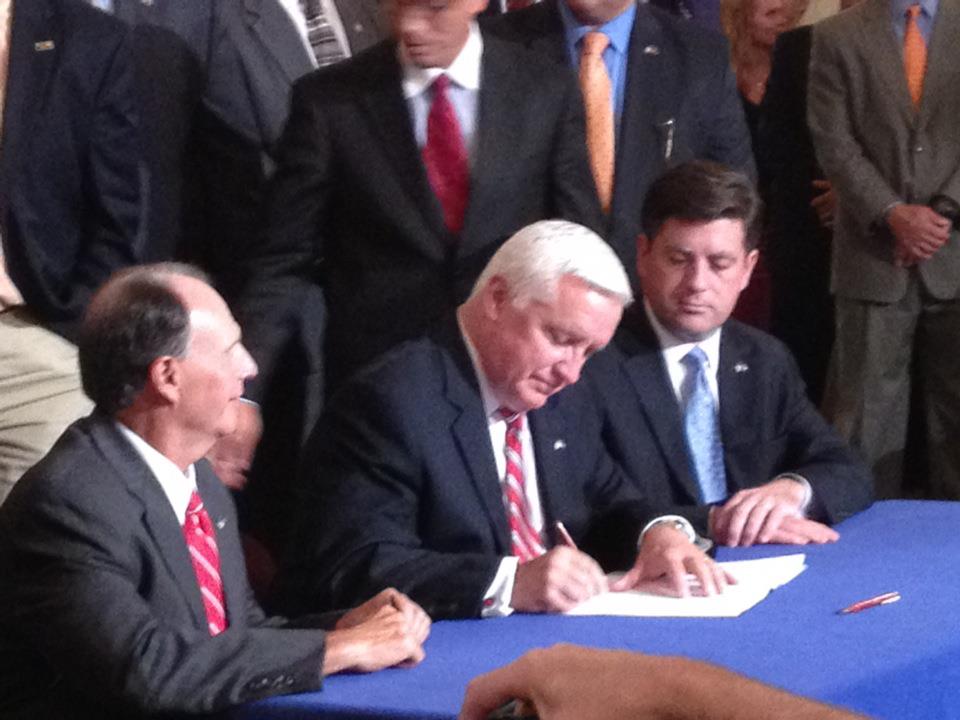 This bill is an expansion of the very popular Education Improvement Tax Credit (EITC) program which was put in place under the Ridge administration back in 2001.  It will make available, through tax breaks to businesses, $50 million that will provide Opportunity Scholarships to help 15,000 students transfer out of the state's worst performing schools (bottom 15%).  Students in those schools, whose families make within 185% of the poverty line, will be eligible for a scholarship of up to $8,500 to help pay for tuition at a public, private or parochial school of their choice.  Students with disabilities will be able to get up to $15,000 in tuition.  HB761 also increased funding for the original EITC program by $25 million bringing it to a total of $100 million per year.  The originial EITC will continue to help students already in private schools pay for tuition.

Education has been a failing monopoly in our state and the time has finally come to stop sacrificing our chidren's future on behalf of the interests of a few. The status quo is no longer a choice and FreedomWorks is happy to see Pennsylvania take a step in teh right direction.

This has been a tough fight against the teachers' unions and FreedomWorks acknowledges the leadership it took from some of our legislators to get this done.  We applaud the efforts of Governor Tom Corbett, Lt. Governor Jim Cawley, Senator Anthony Williams, Senator Jeff Picolla, Representative Mike Vereb and Representative Jim Christiana who never gave up on putting the kids first throughout the past 24 months.

This is the beginning of real change for our state, but the fight is not over.  We have to remain united in our cause to advance more programs like this one to further improve the performance of our schools.

Article is very nice for poor parents who do not put their child in good school. Thanks a lot for sharing social news. I really thank to school administration.
Regards,
Check my Squidoo on <a href="http://www.squidoo.com/pay-less-tax">Pay Less Tax</a>

Well written article on an interesting topic. Unfortunately, school choice might not be the magic bullet that some think it is when it comes to the quality of an American education. For one, this 'school choice' policy doesn't really help the public school systems of the United States. Yes, it sends certain students to schools that are deemed better, but it's not necessarily helping what some would term 'failing schools'. This type of legislation is more so treating what some would call the symptoms of our school system and not fixing the system itself. Instead of sending students to 'better' schools, why not improve the 'failing' schools?

Now, that is just a counter-argument if you do believe that the public school system is failing. Is the public school system failing, or is this just a symptom of a greater problem? My money is on the latter. It isn't necessarily the school that is failing the students, but rather the students that are failing the school. Kids with a bad life situation in the first place are going to these 'failing' schools, not the other way around. What needs to be done is to improve the overall lifestyles of these kids in the first place. And then they will start to do better in school.