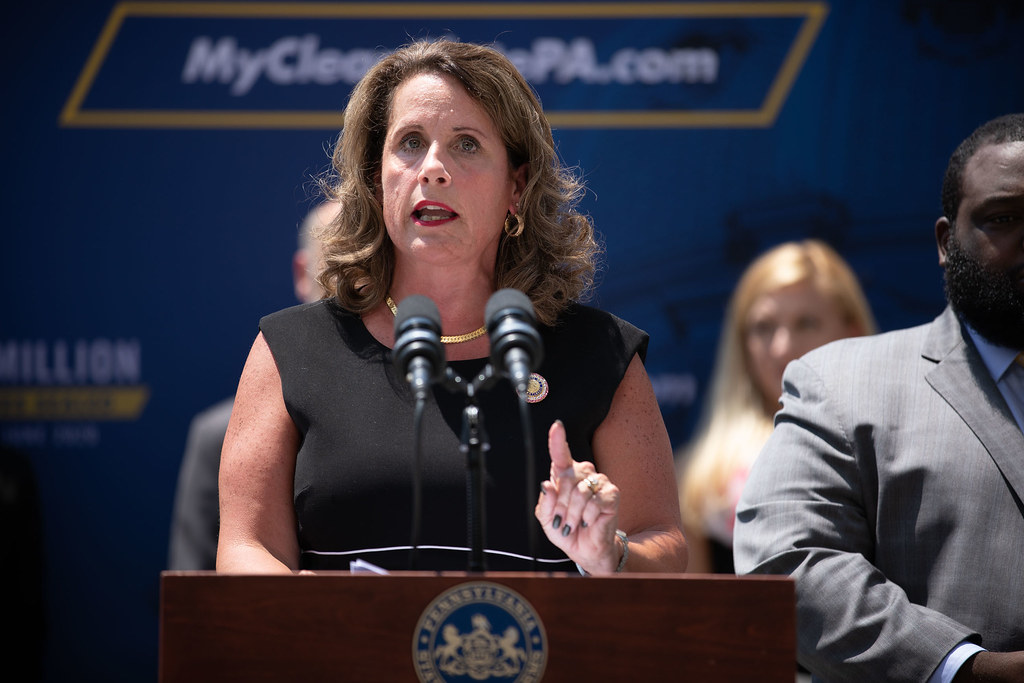 Obviously, and for good reason, legislative action on anything except for coronavirus has halted in Congress -- with many precautions taking place to ensure social distancing -- and many state legislatures have put their sessions on hold altogether. However, this does not mean that momentum building behind key issues before this pandemic swept our nation should be lost.

Top of mind on issues that fit that bill is criminal justice reform. From sentencing and prison reform to pretrial and reentry reform, strong advocates across the nation continue to drive this key issue to the forefront of legislative and societal priority.

In Harrisburg, just two hours north of Washington, Pennsylvania Rep. Sheryl Delozier (R-Cumberland) has spent years working tirelessly across the aisle on criminal justice reform. Partnering most often with Rep. Jordan Harris (D-Philadelphia), Delozier, a strong, conservative woman, has taken the reins on identifying good policy and making it a reality. While constant news about coronavirus has taken up almost all of the oxygen in the room, it is still indeed Women’s History Month, and we can and should still applaud the work of those women who are changing lives in America. Undoubtedly, Rep. Delozier is one of those.

From her work on the Clean Slate Act in 2018 -- which made Pennsylvania the first state in the nation to enact automatic record-sealing and expungement -- to her initiatives this year, Rep. Delozier has exhibited exceptional leadership in turning dreams of smart-on-crime policies in the Keystone State into reality.

While the Pennsylvania legislative session for 2020 is still active, having passed rules this week allowing remote voting and remote committee meetings, it is not likely that the legislature will take action on items other than coronavirus-related legislation. This is unsurprising, as the same effect is taking place across the nation in other states as well. Some states, like Georgia, have put their legislative sessions entirely on hold.

However, when Pennsylvania gets back to its own normal and finds its legs to tackle other issues, its legislature should waste no time in passing final versions of two common-sense initiatives led by Rep. Delozier: Probation reform and occupational licensing reform. She has partnered with Rep. Harris on both bills.

The probation reform bill -- HB 1555 in the House and SB 14 in the Senate -- is ripe for passage, having already passed out of committee. This bill would cap probation terms, provide for early termination of probation, and address how certain violations are handled for the purposes of probation revocation and resulting jail time. These reforms would help to ensure that government supervision is doing its proper job in keeping communities safe, and not unnecessarily surveilling or incarcerating people beyond what is necessary.

Similarly, the occupational licensing reform bill -- HB 1477 in the House and SB 637 in the Senate -- is in a similar position, with each chamber actually having already passed their own versions of the bill. This bill would ensure that individuals with a criminal record cannot be denied an occupational license simply because of that criminal history. Such a reform would go a long way in empowering those who have paid their debts to society to seek and secure gainful employment after prison, which is a key predictor of lowering recidivism rates.

Thanks to the leadership and hard work of Rep. Delozier and her allies on criminal justice reform in Pennsylvania, the effort continues to be bipartisan and successful in a state with a deeply conservative legislature and a progressive governor.

Her work inspires others to take looks at and continue their work on justice reform, as well. A new bill is being co-led by bipartisan duo Sens. Patrick Stefano (R-Fayette) and Jay Costa (D-Allegheny) and would provide alternatives to fines and court costs for traffic-related offenses such that those individuals will not have their licenses suspended solely for an inability to pay such fees. Policies that result in unnecessary license suspensions create far more problems than they solve and contribute to the cycle of crime instead of breaking it, so reforming this law is critical to public safety and effective justice.

Thanks to the leadership of bipartisan duos across the country, and specifically to that of Rep. Sheryl Delozier (R-Cumberland) in the Commonwealth of Pennsylvania, justice systems across the country are seeing real opportunities to be reformed. We hope that as many people as possible are able to stay as safe and healthy as possible during the coronavirus pandemic, and that our passionate leaders on criminal justice reform will be all the more inspired to effect real change upon return to normalcy.