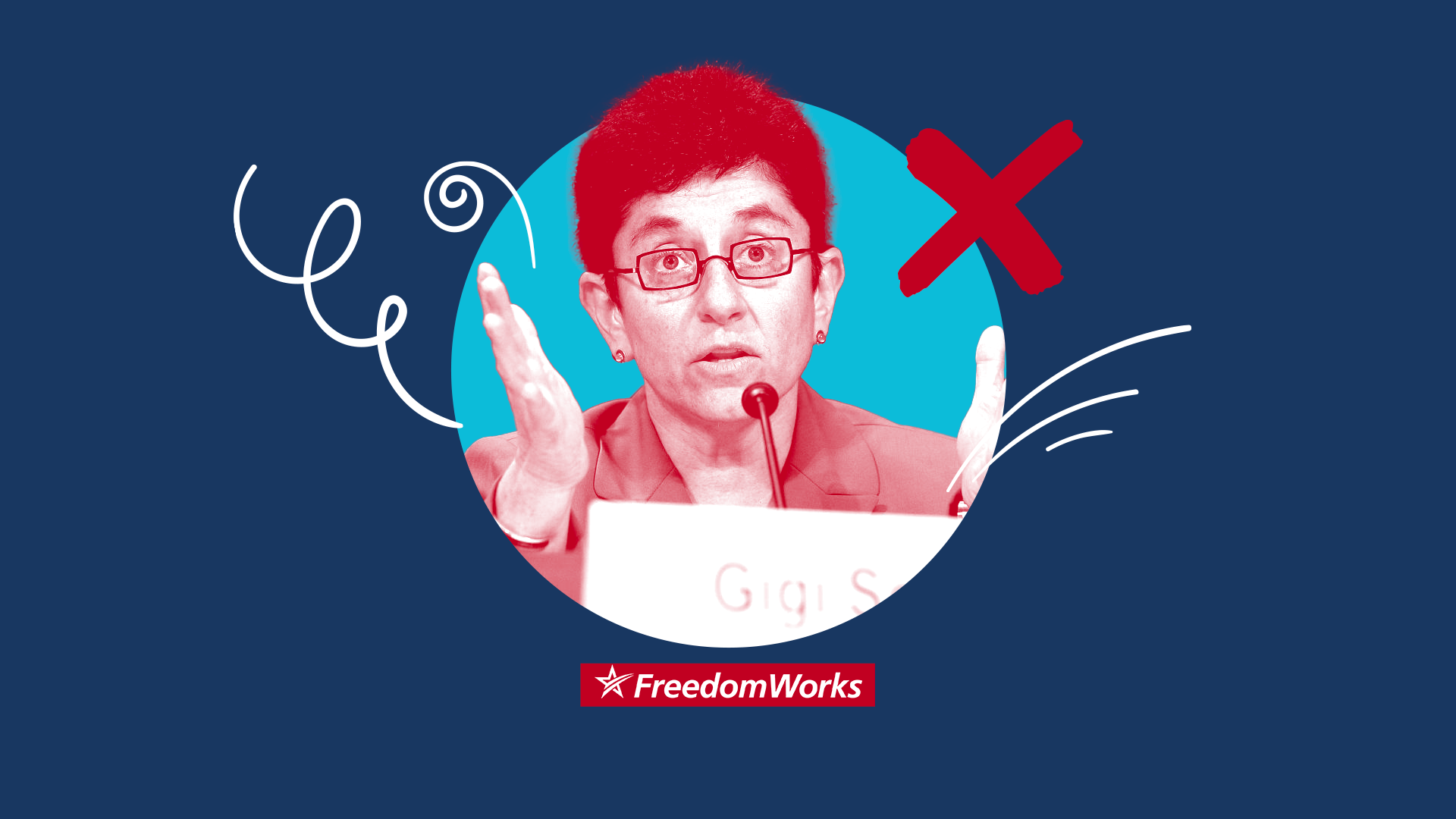 Despite campaigning as a moderate Democrat, President Biden has spent his first year in office governing no differently than how President Bernie Sanders would. As a result, his approval rating stands at a record low of 38%, inflation is completely out of control, and the economy is struggling to grow.

Instead of changing course, President Biden has decided to continue in the same direction. He is still nominating far-left radical partisan ideologues to run the most powerful administrative agencies in the federal government. Today’s example features Gigi Sohn, whom President Biden nominated to be a Commissioner on the Federal Communications Commission (FCC).

If Sohn is confirmed, the FCC will promulgate a series of high-profile liberal policies that would never receive the support necessary to pass Congress. For starters, it is likely the FCC will adopt the same net neutrality policy it did when Sohn served as counsel to FCC Chairman Wheeler.

Under net neutrality, ISP’s must treat all internet traffic going to different ICP’s on their network exactly the same. ISP’s provide customers with access to the internet like Comcast or Verizon. ICP’s on the other hand are websites that handle the distribution of online content like blogs, videos, or music. Commonly-known ICP’s are websites you visit every day like Facebook or Google.

The real-world effect of net neutrality is that Comcast must treat internet traffic going to Fox News the exact same as it would if it were going to Cable News Network (CNN). While this might sound good in theory, net neutrality prohibits a consumer’s ability to pay more for better service or less for a more limited service. If an ISP has no authority to differentiate between content providers, there is no reason for their service to develop. Moreover, there is no reason for other ISP’s to enter the marketplace because there is no way they can compete. The best way smaller ISP’s can compete with giants like Verizon or Comcast is by offering faster services at lower prices. But under net neutrality, smaller ISP’s are prohibited from offering consumers faster speeds to visit an ICP of the consumer’s choice. This is why the biggest ISP’s support net neutrality. It drives their competition out of the marketplace.

Sohn might also seek to reinstate the Fairness Doctrine. Originally enacted in 1927, the Fairness Doctrine required broadcast networks to cover controversial issues of public importance and ensure that coverage was “fair.” Fairness required accurately providing opposing viewpoints and affording an opportunity to discuss the contrasting point of view. When there were a limited number of broadcast networks, this proposal might have made sense. Today, however, the number of different ways one can reach an audience is almost limitless. We do not live in a world with a few television networks or radio stations. The entire rationale behind the Fairness Doctrine has disappeared because of the incredible advances in technology.

In 1987, the FCC abolished the Fairness Doctrine. However, Sohn wrote an op-ed in 1994 that relentlessly praised it, and called for its reinstatement. In a March 2019 speech, Sohn posited that the abolishment of the Fairness Doctrine led to there being no limits on media ownership, which had made it more difficult for new companies to come into the market. While this argument is completely nonsensical, it would make sense why Sohn would want the doctrine reinstated. As seen above, she believes Fox News “has the most negative impact on our democracy.” If she were confirmed to the FCC, she would seek to stifle free speech in any way possible.

Under Sohn, the FCC could also reinstate privacy protections for consumers using ISP’s. While the FCC adopted these rules in October 2016, President Trump and the Republican Congress used the Congressional Review Act to repeal them. Under the rules, an ISP must obtain the user’s consent before it can share or sell his or her data with third parties.

While this rule might sound appealing, it applies only to ISP’s like Comcast and Verizon. It does not apply to edge providers like Amazon or Facebook. Edge providers are websites that customers connect to over the internet. Their primary feature is that their privately maintained networks are accessible only to their subscribers. Unlike ISP’s, edge providers are regulated by the Federal Trade Commission (FTC). And under the FTC, edge providers are prohibited only from selling or sharing consumer data if the consumer opts out. The FCC rule, on the other hand, asks consumers to opt in before ISP’s can share or sell consumer data.

Her nomination must be defeated. While presidents should receive some deference on their nomination choices, nominees like Sohn are not remotely close to the mainstream. The nomination is controversial for another reason too. Sohn has been nominated to run a so-called independent agency like the FCC, where the president cannot fire a commissioner except for “good cause.” As a result, there is far less presidential control than other agencies where the head of the agency serves at the pleasure of the president. While independent agencies are themselves controversial, presidents usually do not nominate partisan idealogues to serve as the tie-breaking vote. Here, President Biden again breaks with tradition, instead of honoring his campaign commitment to return a sense of normalcy.

Sohn will face a committee vote from the Senate Commerce Committee later this week. If the committee deadlocks or votes in support of her, her nomination will be considered by the full Senate.