President Obama is Standing on Standing 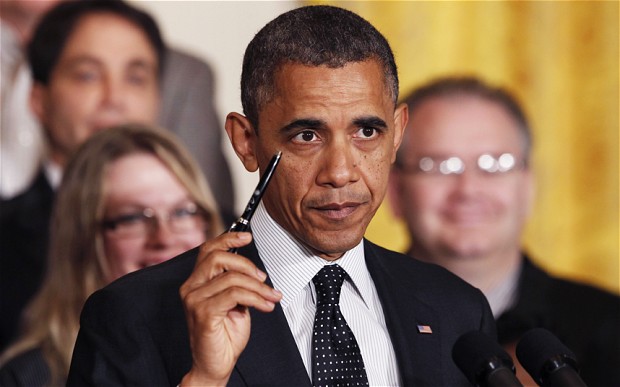 This system of power sharing has had a difficult history, with many commentators concerned that the judiciary defers too often to the other branches of government, which has facilitated the rise of the administrative state and the growing web of laws and regulations that govern individuals today. President Obama’s quip that he has “a pen and a phone” and the means to govern through executive orders may be the most recent jab in this ongoing debate.

While it is popular to say that the best response to such executive branch incursions is to sue the federal government, a recent article by Northwestern University Law Professor Eugene Kontorovich in the Los Angeles times highlights the challenges of suing the federal government. First and foremost, is the issue of standing, which defines who has the ability to file a lawsuit against the government. Typically, this requires an individual to have been harmed by the law in question.

To challenge the government in federal court, it isn't enough to simply believe that the government's conduct is illegal or even unconstitutional. Federal courts can hear only specific disputes about the law as applied to particular people. To be heard in court, a person must have a concrete complaint that he or she has suffered or will suffer a distinct injury stemming from the government action.

This limit, rooted in Article III of the Constitution, is designed to prevent courts from becoming arenas for endless ideological rehashing of the merits of government policies. But the upshot is that federal courts cannot simply review any allegation of illegality by the government. And further, when the government has a policy that does not directly affect particular individuals, there may be no plaintiff with standing.

Without standing the courts will reject any lawsuits, which can lead to situations where actions that appear illegal on their face—such as Obama’s delays of the mandate under the Patient Protection and Affordable Care Act—cannot be challenged in court because the law hasn’t been enforced yet, so no one can claim to have been harmed and therefore have standing to file a lawsuit.

The question of standing is actually a check on the power of the judiciary that limits attempts to overturn laws or executive actions. The first step in any legal challenge is to determine that the plaintiff does, indeed, have standing. Standing requires a demonstration that the individual actually has suffered a harm, as well as the potential resolve the problem judicially.

Standing is the first hurdle in any lawsuit challenging legislative or executive action. Lawyers will devote considerable time identifying individuals who have standing, because without a determination of standing, the case will not move forward.

While lawsuits are the instinctive response to any overreach by the executive branch, until a law is enforced and it is possible to identify individuals who have actually been harmed, the courts can do little to provide relief. So while President Obama may be in clear violation of the law when he delays and alters the Patient Protection and Affordable Care Act, judicial relief will take time. Standing as a check on the judiciary’s power remains intact; whether the pendulum has swung too far, and whether other branches of government have amassed too much power are important questions that ultimately must be addressed. Until then, President Obama’s efforts to sideline Congress may prove effective.