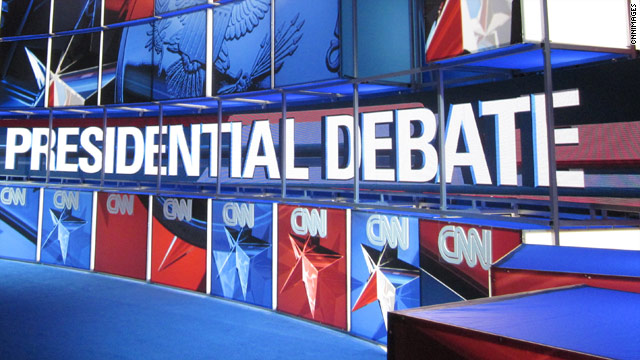 We need to see more honesty on tough issues at these debates.

Rick Santorum, in the second string debate argued for raising the minimum wage, Scott Walker wants to leave it unchanged, and Ben Carson proposed a convoluted scheme for a two-tiered wage floor that would admittedly improve the situation, but largely misses the point. Why are the candidates offering timid tweaks to a demonstrably terrible policy that should be completely and immediately abolished?

Republicans have a history of losing this debate, despite the weight of hundreds of years of sound economic theory, so rather than trying to educate the public and make a principled stand against a bad policy, they instead conceded the left’s flawed premise and tried to score points on arguing minutia.

Republicans surrender on minimum wage because they’re afraid of looking callous to the plight of the poor. “Compassionate conservatism” is a ridiculous catchphrase, but the Democrats have got them so scared of losing the war of perception that many have been willing to sacrifice the truth for the appearance of compassion.

This is sad because, in fact, the really compassionate thing to do is to oppose the minimum wage altogether. Government price fixing doesn’t help the poor at all, it traps them. How? I’m so glad you asked.

A business owner will never hire an employee for more than that person can produce. To pay $10 an hour to someone who only produces $9 an hour in productivity is to throw money away needlessly. An entrepreneur would do better to close his doors than to persist with such a policy; in fact, sooner or later, he’ll have to. What this means is that, in an area with a $10 an hour minimum wage, everyone incapable of producing at least that much will be unable to find work. It is simply not profitable for anyone to hire them at that price.

The question then becomes: who in society is likely to be the least productive? People with little to no education, people without relevant experience or skills, and immigrants who are less likely to speak the language. High minimum wages don’t hurt big corporations, they hurt the people who in society who most need a hand up. Instead, they are deprived of a chance to work, and to gain valuable experience that can then lead them to better paying jobs in the future.

By making the least well-off Americans legally unemployable, you consign them to a life of dependence on government welfare programs, with no way to dig themselves out of the hole they find themselves in. High minimum wages are not compassionate, they’re cruel, and it’s time Republicans had the courage to say so.

Suely the inevitable result of minimum wage increase without increases in productivity in a society with a fiat currency is a worth less currency.

The problem today is why the minimum wage is called for. When you live in a communist fiscal system, it requires socialist programs to sustain the lower end. Karl Marx~, "the greatest tool in the communist tool box is the progressive income tax."

If you want to make minimum wage a mute point, stop taxing production and make more jobs then workers by enacting FairTax. Also, do not let the Federal Reserve maintain an unemployment pool of 5% or greater like they have for the past 96 years.

Luckily we do not live in a socialist, communist country many on the right for some reason say we are. We are however in a democratic republic and therefor have laws created via representation by the people and it was the people who in turn approved of minimum wage legislation back in the 30's. We are a country of laws and I find it continually amusing that the right seems confused as to why these exist.
The saddest part is that the states that happen to be the most vehemently conservative also have some of the highest concentrations of big box stores and low paying chin resturaunts. So whenever I see folks going on and on about how bad minimum wages are I can't help but see the irony: in doing so it only means that a huge chunk of their populace will simply continue to get paid really low wages which in turn means less incoming taxes and less buying in the marketplace.

Under what authority in the Constitution does the Federal Government have the right to tell businesses what bottom wages to set. Let me answer that for you. Under Article 1, Section 8 in the US Constitution under the enumerated powers, if it isn't listed here, then the Federal Government does not have the power. The national minimum wage was created by Congress under the Fair Labor Standards Act in 1938 was NEVER RATIFIED by the States. Congress cannot grab powers unless it follows the procedures set up in the Constitution.