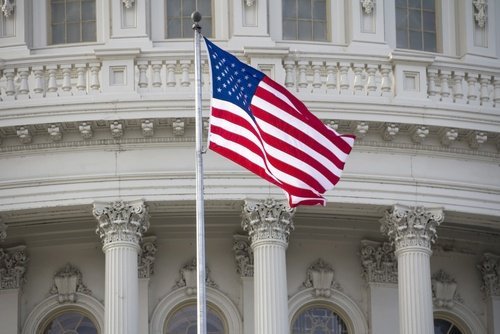 The essence of Government is power; and power, lodged as it must be in human hands, will ever be liable to abuse. —James Madison, Speech in the Virginia State Convention of 1829-1830 http://www.freedomworks.org/democracy-and-power-101

James Madison was the intellectual force creating our Constitution. Madison and the Founders understood our government is a power for good or evil. Fearing the power of government, our Constitution restricted the enormous and coercive powers of government by adding a number of provisions within our Constitution and Bill of Rights. Separating the power between our President, our Congress and our High Court was the paramount focus of the Constitution. Broadly defined, Congress makes laws and has the power of the purse. The President is the executive officer that enforces the laws passed by Congress, and the Court is the independent arbiter. The clear intent was for each entity to have a separate power that would also counteract an abuse of power by another arm of our government.

Today, America has very powerful, government bureaucracies issuing thousands of rules and regulations impacting every American, which can be very harmful to our society. Rule by bureaucrats is coercive, expensive, undemocratic, economically damaging, corrupting and violates our Constitution – especially our separation of powers.

Bureaucratic Governance: ObamaCare is Exhibit A

The secrecies, coercions, deceits and expenses of ObamaCare are vivid examples of rules by bureaucracy. Hillary Clinton’s healthcare reform of the 1990s failed because it was too complex and Congress had to make too many tough decisions. Tom Daschle (D-SD), formerly the Majority Leader of the Senate, wrote a book calling for Congress to pass general concepts and to empower a Federal Healthcare Board of experts to make difficult decisions. In 2010, Congress and the President followed Daschle’s plan by passing an overboard directive of health insurance for everyone. Hence, ObamaCare transferred enormous powers to the Secretary of Health and Human Services and her bureaucrats to make rules and regulations. Forthwith, the bureaucrats mandated the types of insurance policies, coverages, eligibilities, procedures, doctors, hospitals, reimbursements, taxes and more. Essentially, an army of bureaucrats are in command and control of healthcare in America and 1/6th of our economy.

Dangerously, American bureaucrats control much more of our lives than healthcare. From Ethanol to the Internet to rain water, our American bureaucrats have oversight and control. Last year in the United States, there were 82,035 pages of proposed and finalized rules published by our Federal agencies. In the meantime, Congress only passed 87 bills in 2015.

How did bureaucratic governance become so dominant and powerful in America? Three major factors: “Progressives”, bureaucratic ethos, and Congress.

Today, most Democrats are proud “Progressives.” Hillary Clinton obliquely comparing herself to Bernie Sanders proudly said, "I'm a progressive, but I'm a progressive that likes to get things done,"

President Obama is the ultimate progressive with his rule-by-executive-order-style. This year alone, Mr. Obama has ordered bureaucrats to enact 4,000 regulations covering everything from furnaces to the amount of sugar in a cup of ice cream. Hence, bureaucratic officiates in DC are attempting to publish and enact these executive orders before a new president has the opportunity to countermand the mandates.

Progressives fervently believe they know what is best for each American.

Bureaucrats have a unique and powerful position in all our governments – local, state and federal. They enforce the laws at the direction of the Executive Branch, and, therefore, have the most complete knowledge of the law, how the law is being implemented and received by the public. Their knowledge is immensely greater than the time and capabilities of the lawmakers or the Executive Branch. Having more grasp and experience allows the bureaucrat to influence the reports to their superiors, and, thus, bureaucrats control the majority of the information upon which our government acts upon.

Unfortunately, most bureaucrats relish in their enormous power, and regularly construe and enforce laws in accordance with their philosophy, which is a larger governing body.

As the old, bureaucratic saying goes, “We be here, when you be gone.” In-other-words, bureaucrats regularly avoid detection or retribution by the public, executives and lawmakers, and they are a perpetual power in American politics with very, little supervision or restraint.

Our Constitution gives Congress the power to make the laws. Unfortunately, elected Democrats and Republicans don’t like to make decisions, which must be explained to their constituents. Thus, similar to ObamaCare they regularly pass broad laws and leave the details up to the bureaucrats. This must end.

Again, rule by bureaucrats is coercive, expensive, undemocratic, economically damaging, corrupting and violates our constitutional system of governance. Because presidential edicts and bureaucratic rules have become so coercive, pervasive, and costly, Americans are increasingly becoming aware of this abuse of power. Belatedly, Congress is beginning to respond. Below is the SCRUB Act; a small but important first-step in reining in bureaucratic governance.

SCRUB Act H.R. 1155 is Searching for and Cutting Regulations that are Unnecessarily Burdensome. It would establish an independent commission to comb through the 175,000-page Code of Federal Regulations for old, obsolete, redundant, and harmful rules. Its goal is to "achieve a reduction of at least 15 percent" in cumulative regulatory costs. With that goal in mind, and given that federal regulations now cost nearly $1.9 trillion per year, a successful commission could save the American people around $285 billion per year.

Again, America is slowly identifying a major, governance problem. The progressive-bureaucratic government has sadly displaced our Constitutional system. The SCRUB Act is a first step, but We the People have a long way to restore a small limited government protecting people and their property from the force of others – especially government.