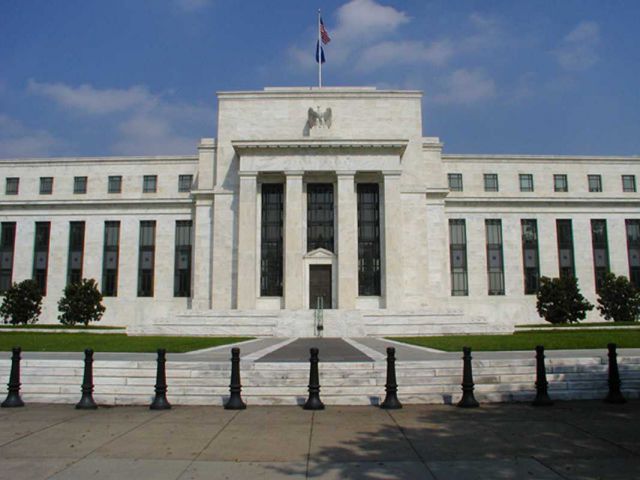 In his classic economic text, The Wealth of Nations, Adam Smith had the following to say about collusion: “People of the same trade seldom meet together, even for merriment and diversion, but the conversation ends in a conspiracy against the public, or in some contrivance to raise prices.”

In the private sector, this is known as price fixing, and it is illegal. The Department of Justice is charged with detecting and curtailing efforts to rig prices wherever they occur--with one notable exception. Price fixing is considered acceptable, even noble, when it is done by the government instead of by private companies.

When a handful of companies conspire to fix the price of a certain product, usually the effects are limited to a small segment of the economy. When the government does it, everyone is affected, and the damage is catastrophically worse.

The two most obvious examples of this are the Federal Reserve’s continued justification for its quantitative easing policies and the Democratic push for major increases in the minimum wage. These may seem like wildly different and unrelated issues, but fundamentally they are the same: a misguided attempt by central planners to set prices contrary to the mechanism of the market.

Let’s take quantitative easing first. With QE, the Federal Reserve intended to hold interest rates down in order to encourage businesses to borrow money and invest it in new capital and more workers. Interest rates are nothing more than the price of borrowing, so holding them down artificially is no different than centrally setting the price of any other good.

The price system is important because it reflects millions of individual decisions taking place every day. All of this information is transmitted to investors through prices, allowing them to make informed business decisions based on actual consumer behavior. When the government interferes to change prices, the information borrowers receive is wrong, and this causes them to make bad investment decisions that ultimately hurt the economy.

The minimum wage represents exactly the same problem, except that here the government is keeping prices artificially high instead of artificially low. Putting aside the hypocrisy of the government prosecuting businesses who conspire to raise prices while doing the same thing itself, high minimum wages are incredibly distortionary. Businesses have only so much money to devote to payrolls. When the price of labor rises, simple arithmetic demands that either hours be cut or fewer workers be hired. With an unemployment rate of 6.7 percent and a labor force that is smaller than it has been in decades, this is the last thing the country needs.

Federal legislators mistakenly believe that they are in a position to know what prices should be, regardless of any quaint and outmoded notions of supply and demand. This is the same kind of thinking that resulted in bread lines in the Soviet Union and gasoline shortages under Jimmy Carter. We see this exemplified in Democratic Senator Kay Hagan. Hagan has made her support of a national minimum wage a key component of her campaign, and has been vocal in her support for the Federal Reserve. When faced with a bill that would introduce more transparency and accountability into the Fed’s operations, Hagan opposed the effort, saying the following: “The immediate and broad disclosure that S. 604 would require could disrupt the financial markets, and jeopardize our country’s international finance relationships.” Just trust the experts. They know best.

Progressives think that if they can just find smart enough experts, their massive brains will be able to come up with solutions to all our economic problems. But economics does not work that way. No one, no matter how many Ph.Ds they hold, can possibly coordinate all the information created by 300 million people acting independently. It is too much for any single mind, or even a single computer model, to handle. This is what F.A. Hayek referred to as the Knowledge Problem in his groundbreaking essay The Use of Knowledge in Society.

The hubris of members of the political class in thinking they can determine prices more effectively than the market is astonishing. History has proven again and again that central planning always fails. As the old adage says, pride comes before a fall.

I would rather hope this article isn't about suggesting that we somehow can't raise the minimum wage. As someone who spent years working in minimum wage jobs I feel strongly about this subject. To the many on the right who inexplicably don't support a minimum wage increase... have any of you actually worked at such jobs? The fact of the matter is that the wages paid these days for these sorts of jobs is ridiculous. Especially when one can easily look at a list of the top richest people in the world: Quite a few of those on that list are heirs to big box stores- the same stores notorious for only working their employees enough so they don't have to give them any benefits whatsoever and in many cases those workers then have to use a form of government assistance to make up for their paltry salaries.
Anyone who has even a remote idea of how basic economics work could take a look at the model currently used by many large retailers ( but not all) and see that there is something seriously wrong with how the business is being conducted. Whenever a business is run to the overall determent of the workers then that alone is reason enough to be suspect. Even more, its been proven over and over and over again that even some of the other big box stores whom pay decent wages and actually take care of their employees not only do very well financially, but they actually thrive, and so too do their employees. Its called GOOD business... which is something the GOP seems to always go on and on about.

Lastly, I enjoyed the mention of the term "progressive" as if it were some sort of derogatory term. I suggest looking the term up. Progress is something I would hope most anyone would be for... right? Otherwise, is the antitheses really superior?

The article doesn't suggest that we CAN'T raise the minimum wage, it questions the wisdom of "major increases" in the minimum wage. Anyone with "even a remote idea of how basic economics work" understands that if you raise the price of a commodity, demand for it will naturally decrease. In the case of labor, that means less jobs. For an example of this, compare the unemployment rates of EU countries with and without minimum wage laws.

Forget your large retails and big box stores for a moment and consider how this will impact small businesses, which generate about 70% of the jobs in our economy. These smaller businesses often operate with very small profit margins (if any). Raising the minimum wage for these businesses by 30% (as the Democrats are proposing) means that these businesses will have to offset that increased cost somehow. These businesses basically have 4 options: increase their prices, reduce staffing, borrow money to cover the costs, or close down. Increasing prices is risky, as it could result in lower demand and therefore lower revenue. Borrowing money is also risky as the business must be able to repay that money, plus interest, at some point in the future. Reducing staffing, either through attrition or immediate downsizing, means less jobs overall, and closing down means EVERYONE loses their job and consumers have less options to chose from.

Now, back to your large retailers and big box stores. Those larger businesses can more easily absorb the increased costs, so the impact to their business is generally much less significant. However, these larger companies benefit from the reduced competition that results from the increased financial burden placed on their smaller competitors. Did it not occur to you that the policy you are advocating for will actually benefit the big companies that you criticize?

As you point out yourself, there are businesses that understand the value that their employees offer and reward them accordingly. You are absolutely correct that this is a good business practice, since it is an investment in the quality of the services offered by the company. Companies that recognize this are usually successful, since they provide the best value to their customers. As a consumer, you can support these businesses by "voting with your dollars" and avoiding companies that follow less agreeable employment practices. That's the beauty of a free market - CHOICE.