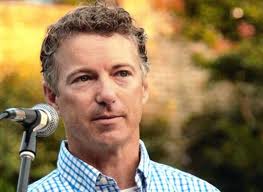 Would that save taxpayers' money while improving quality of care? Senator Rand Paul, M.D. (R-KY) thinks it would. So he's drafted the bold yet simple idea as a bill, which he plans to unveil today as bill number S. 2196.

He calls it the Congressional Health Care for Seniors Act.

Joining him at a press conference this morning will be Senators Mike Lee (R-UT), Lindsey Graham (R-SC), and Jim DeMint (R-SC).

In addition to letting Medicare seniors join the same excellent health care plan enjoyed by Members of Congress and federal employees, Dr. Paul proposes raising the Medicare retirement age from 65 to 70, very gradually, over a generation.

Guess what? According to independent experts, these reforms would save a full $1 trillion over 10 years and cut Medicare’s $38 trillion unfunded liability nearly in half.

And without government rationing.

Jeepers, why didn't anybody think of this before?!

Maybe it takes a freshman to come up with an idea so obvious and sensible. And it probably doesn't hurt when that freshman is also a physician and a Mr. Smith Goes to Washington type -- optimistic, principled, unjaded -- a committed advocate for individual liberty and constitutionally limited government.

When Dr. Paul first broached this "congressional health care for seniors" idea last year, the Beltway establishment ignored it, but it was an instant hit with tea party supporters around the country. In mid-November, the Tea Party Debt Commission, a national citizens panel, included the idea in its grassroots-generated "Tea Party Budget" report to Congress, which Sen. Paul, in turn, consulted in putting together his own recently unveiled budget plan, "A Platform to Revitalize America."

We at FreedomWorks are proud to endorse the bill. Our President and CEO Matt Kibbe says:

Watch out, Washington. The Medicare issue just got a lot friendlier for reformers, thanks to the legislative entrepreneurship of Rand Paul.

This patient-centered bill proves once again that freedom works.

We will be urging our 1.5 million grassroots members across the country to get behind this bold, principled reform.

Thank you, Senator Paul! You've set a great example of the American "can do" spirit at work.

Let's think instead of having gut reactions. How can the cong. health plan, far superior to Medicare, cost the govt less than Medicare? It can't in the free market economy most of us espouse. Does the Rand proposal include chronic disease & treatment like dialysis for those less that 65 and the adverse effect that will raise Cong health care plan costs? Rationing is a bad word, but if we don't start and include deductibles for all health plans, costs will continue to spiral up. Without skin in the game almost all abuse the system.

We need to REPEAL mandates on a Federal and State level to have more choices. What is going on?

WELL I CALLLED IN SUPPORT OF HIS PLAN AND ALL I WAS TOLD IS I WILL RELAY THAT MESSAGE TO YOU I THINK OUR REPS FORGET WHO THEY WORK FOR SOMETIMES, THANKS SHARROD BROWN OF OHIO.

The best way to "fix" Medicare is to transition it to a more sustainable and rational market-based, premium support system. When the current SGR patch expires later this year, Congress should use the opening to secure immediate structural reforms that move toward premium support, including raising the retirement age, increasing the premiums for Parts B and D, adding a premium to Part A and tightening the income thresholds. Making Medicare sustainable for the long term is the key to reforming the program. The only permanent solution for the SGR is to end it and adopt a Medicare premium support model that is free from government price controls on doctors and hospitals (http://bit.ly/GBenlG).

Oh, and he could suggest cutting off all black people cause they don't deserve it and he doesn't like them very much anyway.

Oh jeepers, everyone has already thought of raising the retirement age to 70 to save a trillion. Face it kids, there's no cheap way out of the mess unless the huge profits of the insurance industry is chopped, chopped, chopped. And that is not a good solution because their huge profits come before the people. This babbling spawn of a libertarian needs to have a good look at what works in the world cause nothing else will.

0
09/02/2020
"For Liberty and Justice, Thank Rand Paul"
"https:\/\/www.freedomworks.org\/content\/liberty-and-justice-thank-rand-paul?social=facebook_share"
"Sen. Paul has continued to prove that he is a leader when it matters."
https://fw-d7-freedomworks-org.s3.amazonaws.com/styles/thumbnail/s3/field/image/FW-LibertyJusticePaul.png?itok=dCgHhmBh
Blog