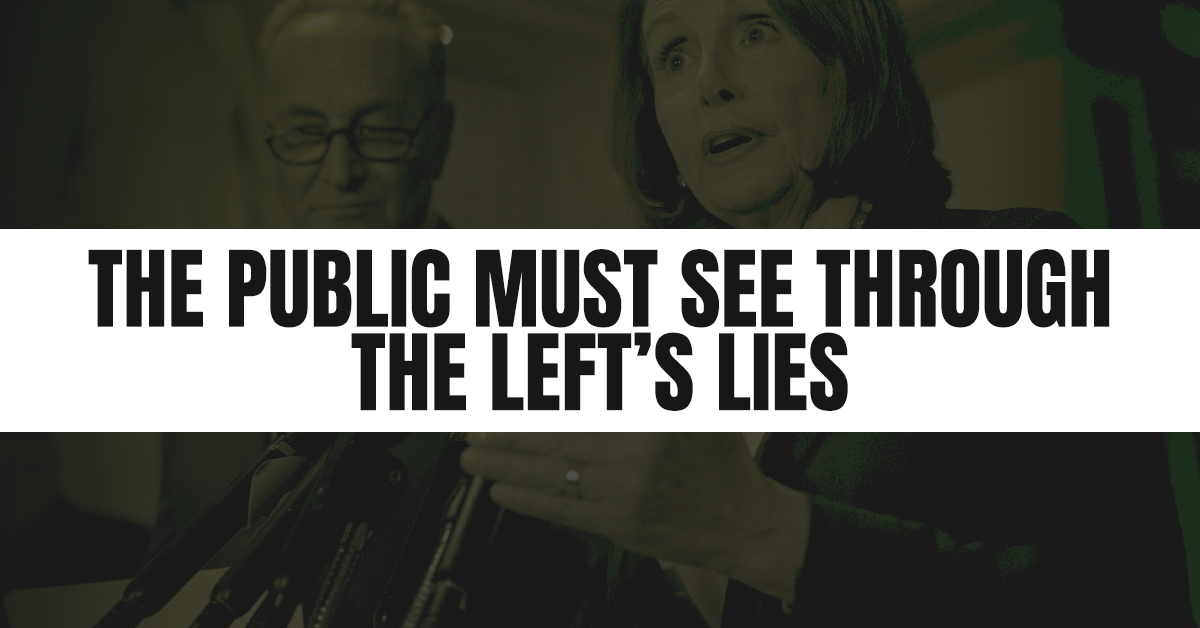 In recent months, Democrats have pushed harder than ever for a federal takeover of our elections. Earlier this year, the Left advocated for the passage of H.R. 1, which would have undermined election security. After that failed, Democrats in Congress introduced H.R. 4, which would require federal bureaucrats to approve any changes to state election laws if passed.

Many people may be asking why liberals are so insistent on federalizing elections. Much of their desire to do so boils down to a very important issue that isn’t too often discussed: redistricting.

With the release of data from the 2020 census, it has become clear that Republican-controlled states, including Florida, Texas, and North Carolina, will gain congressional seats, while blue states such as California and New York will lose some of theirs.

Unfortunately for Democrats, who have a razor-thin majority in the House of Representatives, Republican legislatures controlling the process of congressional redistricting in a handful of states could break the Left’s hold on power. Recognizing this fact, Democrats have frequently attacked conservative legislatures for “gerrymandering” to boost their own political chances.

While this seems like an effective talking point, this argument ignores the facts about redistricting. Redistricting is a partisan process — always has been and always will be. The Left has tried to rewrite history and pretend that redrawing congressional districts is a process that’s supposed to be free of any political considerations, but this simply isn’t true.

The Constitution gives state legislatures broad authority over this process, and both Republicans and Democrats have used their time in power at the state level to redistrict in their favor. Leftists often accuse Republican legislators of shaping districts to benefit conservatives electorally but ignore the fact that one of the most gerrymandered states in the country is deep-blue Maryland. Of course, when partisan redistricting has occurred to benefit Democrats, the Left has been silent about it.

While some may claim otherwise, there’s no way to ensure that the individuals overseeing the redistricting process are free from political bias. Many on the Left have called for “independent commissions” in each state to decide where congressional district lines should be drawn. The creation of these commissions in all 50 states would’ve been federally mandated under H.R. 1.

But members of these commissions would undoubtedly have political preferences and would be totally unaccountable to voters. This isn’t the case with state legislators, who can be voted out of office. That’s precisely why our Founding Fathers delegated redistricting authority to elected officials rather than unelected government appointees.

Ultimately, the voters must decide whether they want their congressional district lines drawn by the people they elect or the people they don’t. Under our constitutional system, the power should remain with the voters, rather than bureaucrats who have their own ideological leanings. Anyone saying that politics can be removed from the redistricting process either hasn’t thought the issue through or is quietly advancing their political agenda under the veneer of bipartisanship.

There’s no doubt that when the time comes to redraw congressional district lines, Republican state legislatures will be attacked by leftists. They’ll accuse Republicans of using the redistricting process for political gain and claim that redistricting should be a nonpartisan process.

But the Left is reluctant to acknowledge that Democrats also frequently use the redistricting process for their own political advantage. And while they certainly won’t admit it, ostensibly “independent commissions” wouldn't prevent ideological bias from influencing redistricting decisions. They would only prevent voters from holding decision-makers accountable.

When Democrats ramp up their criticism of Republicans for “partisan redistricting,” everyone must understand the truth. There’s no way to prevent politics from affecting the redistricting process, and, in fact, politics is an inherent consideration in redistricting. The only question is who will have control over this process: elected leaders or unelected bureaucrats?

The public must see through the Left’s lies and make sure redistricting authority stays where it belongs — with state legislatures.

FreedomWorks Statement in Response to House Passage of H.R. 1