Reforming Social Security Before the Shortfall 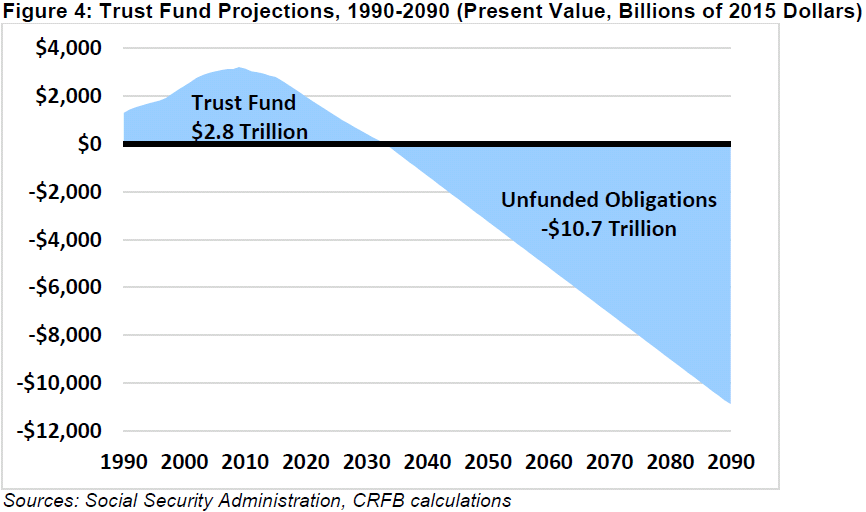 The COVID-19 pandemic has wreaked havoc on the American economy, leading to a loss of revenues to the federal government. Among the many revenue streams that the federal government has is the payroll tax, which is a dedicated revenue source for Social Security and Medicare hospital insurance. Even before the pandemic, these social insurance programs were facing insolvency. The pandemic is certain to worsen the outlook for these programs.

Released in April, the annual Social Security trustees’ report explained that Social Security faces a shortfall of $17.8 trillion and reserves will be depleted in 2035. The consequences are dire. When the reserves are depleted, beneficiaries will face a 21% cut. The looming fiscal insolvency of Social Security isn’t news; we’ve known for years that this is coming.

The presumptive Democratic presidential nominee, former Vice President Joe Biden, has offered a plan to expand Social Security benefits that will be funded by “asking Americans with especially high wages to pay the same taxes on those earnings that middle-class families pay.” The federal government, of course, doesn’t ask permission when it forces Americans to pay taxes.

Additionally, many countries with social insurance programs like Security Security have a cap on the income that can be taxed, including Canada, Germany and Sweden. In fact, these three countries have wage bases that are actually lower than the United States.

Mr. Biden and Democrats’ way to address the problems facing Social Security is simplistic, but it’s par for the course for a party that has shifted so incredibly far to the left, getting ever more comfortable with socialism. Whenever there are proposals to change Social Security that Democrats don’t like, they run to the nearest statue of Franklin D. Roosevelt to protest and the AARP launches attacks.

The fact of the matter is that Social Security, in its current form, is unworkable. There’s also a tradeoff between expanding the program through the massive tax increases that will be required. That tradeoff is anemic economic growth and fewer economic opportunities for Americans.

The fundamental problems with Social Security do need to be addressed. In December 2016, then-Rep. Sam Johnson, Texas Republican, proposed the Social Security Reform Act. This bill would have increased Social Security benefits for low- and middle-income earners and brought trust funds into a surplus without increasing taxes.

Reforms like those proposed in the Social Security Reform Act are a step in the right direction, but Americans need control over their retirement future. We should demand that we have a say in how those dollars taken from our paychecks are invested. Steve Moore and Jeff Yass proposed giving every worker the option of moving 10% of their Social Security contribution into what they called an “Own America Account.” It’s a private account, but one that would have a higher return on investment than traditional Social Security.

Democrats may try to scare Americans into leaving Social Security at the whims of the stock market, but public pension plans have increasingly invested more assets into stocks. Even federal pensions are invested in the stock market. Why shouldn’t Americans have the same option to invest at least some of their hard-earned money how they see fit?

Giving Americans a choice of how their contributions to Social Security are invested shouldn’t be controversial. Clearly, Social Security is insolvent, and the problems that the trust funds face will have to be addressed. However, addressing these problems can’t be done through simplistic ideas of increasing payroll taxes on all Americans, which is exactly what Democrats want to do, and eliminating the taxable payroll cap.

We should be reforming Social Security in a way that gives Americans the option to invest their own money, sets them up for a secure retirement and maximizes economic growth. Personal accounts, along with other reforms that set Social Security on a sustainable path, accomplish these goals.

*Adam Brandon is the president of FreedomWorks. *