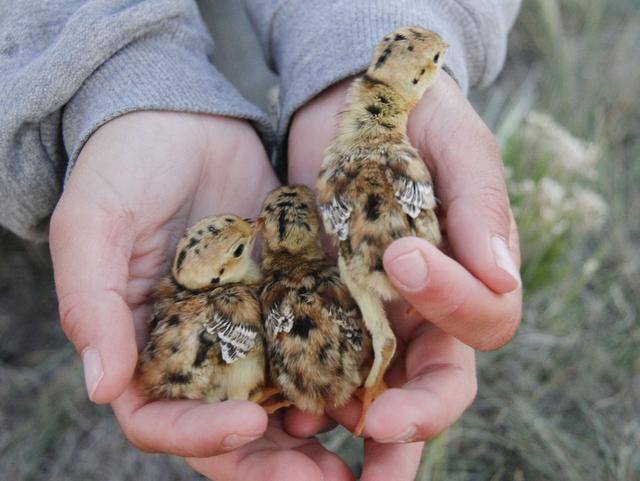 On Tuesday, the Fish and Wildlife Service (FWS) formally announced the removal of the lesser prairie chicken from the endangered species protection list. They did not take this step voluntarily; FWS lost a court case last year which ordered the agency to remove the bird from the list. However, even as they complied with the court’s order, the FWS issued a threat that the agency’s land grab under the guise of conservation was not over. In the words of Director Dan Ashe, “Responding to this court ruling by removing the bird from the Federal List does not mean we are walking away from efforts to conserve the lesser prairie-chicken. Far from it." The Empire has vowed to strike back.

The lesser prairie chicken is a small grouse located in Kansas and parts of Texas, New Mexico, Colorado and Oklahoma. It is a subspecies of a larger grouse family which ranges over much of the western United States. The population of the chicken has been on the decline for many years. This decline has accelerated recently due to drought conditions. Extremist environmentalists have seized upon this as an excuse to seek to list the chicken under the Endangered Species Act (ESA). With the collusion of federal regulators through secret court settlement agreements, the chicken got fast-tracked for a listing decision.

Listing of the chicken was strongly opposed by the five affected states, farmers, ranchers, and the oil and gas industry. Why? Well, the chicken is a range animal. Its historic range covered millions of acres, covering perhaps a third of western Texas, the western half of Oklahoma, a third of Kansas, and large chunks of New Mexico and Colorado. Once listed under the ESA, the FWS would be empowered to dictate land use restrictions on this land in the name of protecting the chicken. This range includes some of the most productive oil and gas fields in the United States, huge swaths of ranch land, and the densest cotton growing region in the United States as well as a producing host of other agricultural products. With an ESA listing, this largely rural and agricultural area of the country would face economically crushing federal restrictions on private land use.

Facing ruinous federal action, the affected states and landowners desperately sought to put together a voluntary conservation plan to stave off the regulators. Voluntarily enrolling over 3 million acres, the agreement represented an innovative approach to conservation, allowing the sort of flexibility the ESA does not provide: protection for the chicken without the heavy hand of federal regulation crushing the local economy. But the regulators were not appeased, in 2014 they insisted on listing the chicken to complete their land grab.

The states and landowners fought back, eventually winning their case last fall. However this was only a temporary victory. The court ordered the FWS to remove the chicken from the endangered species list because the agency failed to follow proper procedures, but it did not order them to cease seeking to regulate the chicken. The announcement by Director Ashe that the FWS isn’t giving up is telling: the regulators are determined to press on. These kinds of threats should be anathema in a free society, but for a regulator with a hammer, the whole country looks like a nail.

FreedomWorks: The House and Senate Must Be Committed to Congressional Review of Regulations