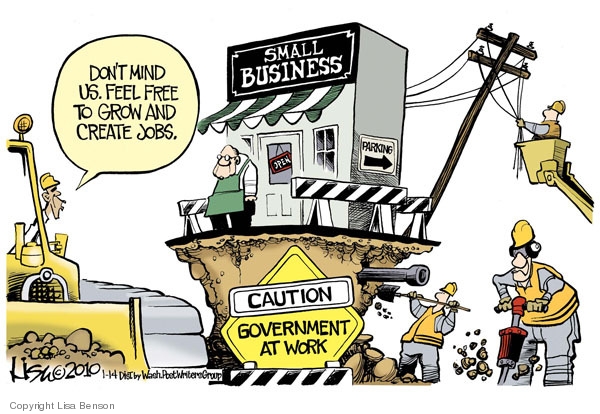 The Regulatory Impact of Restructuring the Executive Branch

Just yesterday, the Trump Administration announced a proposal to reorganize several Federal Agencies. From a regulatory perspective, the proposal would eliminate some of the more severe examples of federal red tape. Fred Lucas, White House Correspondent for the Daily Signal, reports on the impacts of the proposal. Full Article: Here’s How Trump Wants to Streamline Government

With the recent approval of the AT&T and Time Warner merger, many are wondering what the decision will mean for the U.S. economy. The Competitive Enterprise Institute, along with the Cato Institute, discusses the meaningful impacts of the merger, detailing the economic benefits of the government staying out of the private sector. Full Articles: What the AT&T-Time Warner Merger Decision Means for U.S. Regulation and AT&T Ruling Tells Government: It’s Not 1948 Anymore

Is Cost of Living in DC about to increase?

The Future of the Internet Sales Tax

Recent calls from tech giants like Elon Musk and Mark Zucherberg for a Universal Basic Income have given undeserved credibility to a policy based on failed socialist programs. Clyde Wayne Crews, Vice President for Policy with the Competitive Enterprise Institute, utilizes basic economics and conservative principles to address the claims made on the left for Universal Basic Income in a recent article in Forbes Magazine. Full Article: Universal Basic Income: What's The Plural Of Apocalypse?

Young lemonade stand operators have been plagued by meddling government regulators for years. John Kristof, a Research Fellow at the Sagamore Institute, reports on the current regulatory situation for young entrepreneurs in the United States in a recent article published by RealClearPolicy. Full Article: Lemonade Stands Are Latest Victim of Excessive Regulation

This analysis also serves to facilitate thorough interagency analysis of planned and final regulatory decisions and align these activities with other departments in order to prevent conflicting, contradictory or duplicative policies.