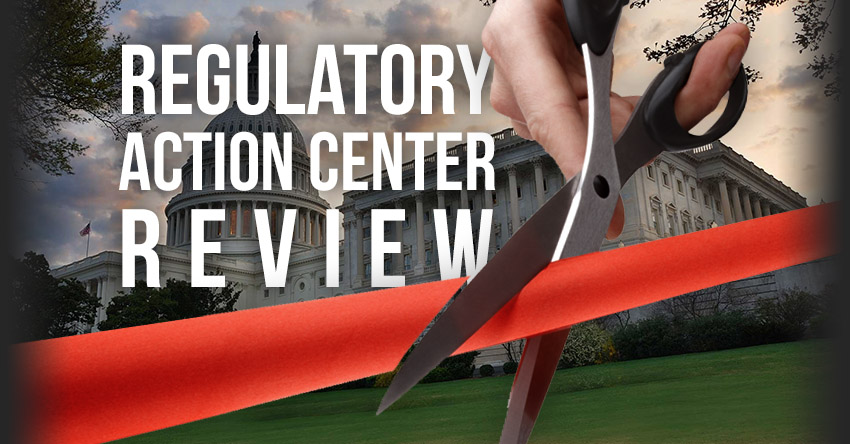 1) Video of the Week: What happens when state regulations force business owners to get their competitor’s permission before opening or expanding? Currently, 35 states have laws that strictly regulate small businesses by preventing them from operating unless they get permission from their competition. In this week’s video, John Stossell talks to Phillip Truesdell about how his ambulance business has been unfairly barred from helping save lives in neighboring Kentucky through these protectionist regulations.

2) Trump backs off ban on flavored e-cigarettes: “Both first lady Melania Trump and Ivanka Trump, the president’s daughter and senior adviser, pushed for the ban, which was also being championed internally by White House counselor Kellyanne Conway, who has taken the lead on some public health issues. But as Trump sat surrounded by political advisers on the flights to and from Lexington, he grew reluctant to sign the ban, convinced it could alienate voters who would be financially or otherwise affected by a vaping ban, according to two White House and campaign officials not authorized to speak publicly about private conversations. A news conference scheduled by Health and Human Services Secretary Alex Azar to announce the ban was canceled, while more meetings with industry leaders and lobbyists were proposed, according to the officials.”

3) Chad Wolf sworn in as acting DHS chief: “Chad Wolf was sworn in Wednesday as acting director of the Department of Homeland Security, the fifth person to head the agency in the Trump administration. A DHS spokesperson confirmed Wolf's new position to CQ Roll Call by email. Wolf assumed the job just hours after the Senate confirmed him as undersecretary of the agency's Office of Strategy, Policy, and Plans in a 54-41 vote that cleared a logistical hurdle for him.”

4) EPA Aims To Roll Back Limits On Methane Emissions From Oil And Gas Industry: “The Trump administration is proposing to slash restrictions on the oil and gas industry for methane emissions, a greenhouse gas that is a powerful driver of climate change....The Trump administration argues it would save the oil and gas industry $17 million to $19 million annually in compliance costs. But that's "such a small fraction of the industry total cash flow that it's just laughable," says Harvard University's Steven Wofsy, a professor of atmospheric and environmental science.”

5) Treasury Recognizes Importance of Donor Privacy in New Regulation: “On July 16, the Department of the Treasury announced that 501(c) tax-exempt organizations, except 501(c)(3)s, no longer have to disclose their donor information on their yearly IRS tax forms. This decision comes amidst growing concerns about donor intimidation and marks an important step forward to protect the right to associational privacy. State legislatures should follow the Treasury Department’s lead and refrain from increasing disclosure for contributions to 501(c) organizations.”

6) How the FDA and EPA’s failure to communicate could put patients in danger: “The story of how American lives may be threatened over the use and production of this chemical is an example of what happens when two bureaucracies — the FDA and the Environmental Protection Agency — fail to work together. The situation raises questions about whether federal health authorities were too slow to connect the dots between the environmental concerns around the cancer-causing gas — which EPA first disclosed five years ago — and the potential consequences to the medical device industry, which uses the gas to clean roughly half of all sterile devices, or more than 20 billion products a year.“We need to harmonize our federal agencies so they are in sync, so that one isn’t causing problems that the other has to try and fix,” said Diana Zuckerman, president of the National Center for Health Research, a watchdog group that conducts health research it can use to influence policymakers.”

7) Trump unveils health care transparency plan forcing hospitals, insurers to disclose secret deals: “The Trump administration unveiled a wide-ranging proposal on Friday requiring hospitals and insurers to give consumers more information about what their health care will cost — a rule intended to increase price transparency for patients shopping for coverage. Under the rule, hospitals will have to report the rates they strike with individual insurers for all services, including drugs, supplies, facility fees and care by doctors who work for the facility. If the hospitals fail to comply, they could be forced to pay a $300 per day fine.”