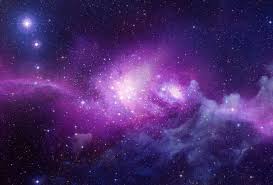 Notable recent examples of regulation by guidance cited by the CEI include:

The George W. Bush Administration cracked down on guidance documents, analyzing them, specifically labelling some as nonbinding and others as requiring formal notice and a comment period. However, under President Obama, over a third of agency rules are issued without notice and comment.

Federal agencies often prefer the sub-regulatory approach because it’s an easy way of getting around Congressional oversight. Not surprisingly and despite prominent examples of regulation-by-guidance, Congress remains largely in the dark about the size and the scope of the problem. That is a shame because “a highly engaged executive and Congress can draw attention to and highlight regulatory dark matter and sub-rosa regulatory activity,” explains Clyde Wayne Crews Jr., Policy Director at CEI.

“Sub-regulatory guidance is a double menace. Federal regulations often bypass the legislative process by essentially rewriting statutes, but at least those rules are subjected to the notice and comment rulemaking procedures, which provides a limited degree of accountability. Guidance documents, on the other hand, allow for virtually no accountability and are almost impossible to challenge in court. In fact, that’s often precisely why federal bureaucrats use sub-regulatory guidance.”