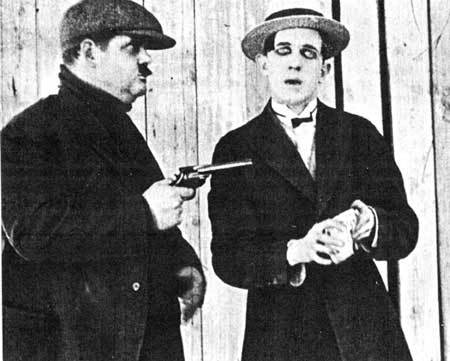 Tired of watching your utility bills go up every year? Kansans are. Their legislature is debating whether to repeal the state’s “Renewable Portfolio Standards.” This law mandates that utilities derive 20 percent of their energy from renewable energy sources like wind and solar, all of which are significantly more expensive than their traditional energy alternatives.

This doesn’t just concern Kansans. Thirty-seven states and D.C. have RPS laws or goals of some kind—and their citizens pay for it every time they flip a light switch.

Some states are hit worse than others. Colorado’s RPS law mandates 30 percent renewable energy by 2020; New York demands nearly the same level by the end of this year. On the other coast, California demands that 25 percent of their electricity come from renewables by 2016, rising to 33 percent by 2020. Other states have tailored their mandates to their states’ natural resources and economies.

However well-intentioned they are, states with RPS mandates have residential electricity prices nearly 30 percent higher than states without such mandates. This cannot be completely attributed to RPS laws, but it’s undeniable that such mandates increase the cost of electricity.

Well OK, the higher bills can't be completely blamed on RPS mandates. Given the root of the problem, however, it is a fairly safe bet that the standards are responsible for a good chunk of those higher numbers.

The cost differences are significant. Natural gas costs $66 per megawatt hour. (The average American household uses just under 11 megawatt hours a year). Coal-generated electricity costs $97, but that number has risen thanks to this administration’s regulatory assault on the industry.

Welcome to the other side of the Looking Glass: America finally has an abundant, relatively cheap energy source that we can produce oodles (an official unit of measurement in the Blogosphere Dictionary of Technical Stuff and Things) of but we can't reap the financial benefits because the Greendoggle Hippie Brigade has infested every level of bureaucracy like termites.

What's that, you say you didn't order any of the more expensive wind turbine or solar renewables? It doesn't matter, the decision has been made for you.

RPS mandates force utilities to buy this more expensive electricity, regardless of whether their customers want it. Those same consumers are stuck with the higher bill.

Yes, industry pays a hefty price for these nonsense regulations, but so do small businesses and families. This is part of a relentless bureaucratic assault on the middle class that has gone on for years and extends well beyond the Obamacare burden most Americans are just now becoming aware of. The same people who lose jobs because the coal industry is being destroyed by this renewable crusade then have to pay more for utilities after having their lives turned upside down.

This is an assault that is legally mandated to escalate. These states have standards they are working towards achieving, but haven't completely met yet. That means prices have nowhere to go but up:

It’s an unholy alliance. DOE data show that most of these states are dealing with electricity price increases much higher than the national average. In Colorado, electricity costs have risen by 14 percent since 2008. They’re up 15 percent in Oregon and 22 percent in Minnesota. And in Kansas, electricity costs have risen by nearly 30 percent. These numbers will surely increase as each states approaches or increases its RPS goals.

Whenever debates about regulation occur these days, those on the big government side of things will immediately begin screaming that those of us on the small government side want people to die from tainted food or unsafe drugs.

We are really just trying to keep people from eventually freezing to death over here.

If it cost more, then it must be using more of energy, materials, and labor and thus causing more global warming and pollution; instead of Saving the Planet these regulations are in fact destroying the planet faster.

As one of our over 5.7 million FreedomWorks activists nationwide, I urge you to contact your senators and ask them to vote YES on the following two amendments to the Energy Policy Modernization Act, S. 2012, if they are brought up for a vote. Both of these amendments will be eligible to be included on FreedomWorks’ online congressional scorecard for 2016.

As one of our over 6.9 million FreedomWorks activists nationwide, I urge you to contact your representative and ask him or her to vote YES on the Loudermilk Amendment to the Department of Interior, Environment, and Related Agencies Appropriations Act, H.R. 2822. This amendment would defund the EPA’s Renewable Fuel Standard program.

On the eve of this past election, we made a plea to toss-up states that are widely described as residing in coal country to understand that if President Obama were to emerge victorious, the EPA would soon unleash a slew of anti-coal regulations that would absolutely crush t