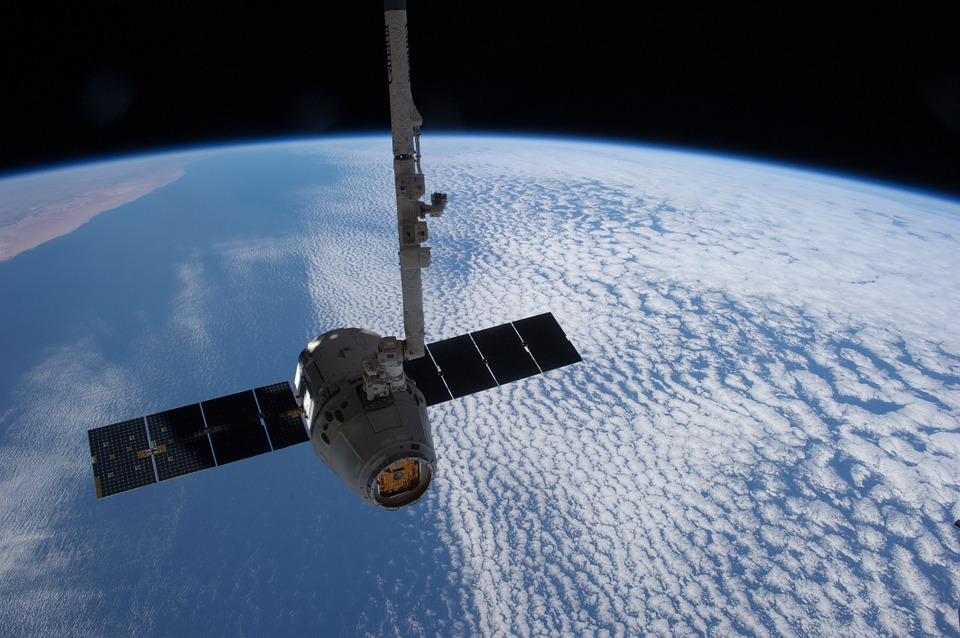 America’s relationship with space travel is long and storied. We have witnessed heart-wrenching tragedy and impossible success. Yet, throughout modern history, our dedication to exploration hadn’t wavered until recently.

In November of 2000, the National Aeronautic and Space Administration (NASA) ceased using American vehicles to ferry crew to the ISS and for other purposes. Rather than using American shuttles, NASA determined that it was more cost effective to send American astronauts into space using Russian Soyuz rockets. These spacecraft are a slightly more modern version than the original Soyuz craft that were designed to carry cosmonauts to the Moon. Since 2006, NASA has paid approximately $3.9 billion for 70 seats on Soyuz missions at an average cost of around $55.4 million per seat.

As was to be expected by granting Ruscosmos a virtual monopoly on crewed space travel, the cost per astronaut has risen steeply since NASA began using Russian spacecraft. According to data from the NASA Office of Inspector General (OIG), the cost per seat on a Soyuz vehicle has risen over 300 percent in only 14 years. As costs have risen beyond initial estimates, both NASA and Congress have expressed concerns over the fiscal responsibility of outsourcing our spaceflights.

Beyond the fiscal implications, legislators and interest groups have criticized NASA for effectively handing over millions of taxpayer dollars every year to the Russian government. Some have pointed to the blatant hypocrisy of the United States levying sanctions against Russia and Russian nationals while paying exorbitant rates for Soyuz seats. While utilizing the Soyuz system to transport astronauts has largely been an area of international cooperation, the total reliance on Russian vehicles to manage our interstellar operations and bring American personnel safely home presents obvious concerns for national security.

Luckily, when President George W. Bush announced his Vision for Space Exploration that included a call for reinvestment in American spacecraft, NASA was listening. In 2005, after Congress had given them the green light, NASA began contracting with American companies for research and development of new vehicles for both cargo transport and commercial crew flight. Two primary companies received NASA contracts: The Boeing Company and Space Exploration Technologies Corporation (SpaceX). Since then, both companies have been racing to beat the other in a new, purely American Space Race.

While both Boeing and SpaceX have made tremendous strides in developing new heavy-payload vehicles for cargo transport, crewed space travel has proven to be a tougher challenge. Both companies have experienced a series of significant delays. The crewed flights for both Boeing’s CST-100 Starliner capsule and SpaceX’s Crew Dragon capsule are already two years behind schedule and the OIG report cites further delays until summer 2020. While these delays are significant and should be addressed, NASA expected numerous delays throughout the decade-long project.

What was unexpected was how far Boeing would go to price gouge the American taxpayer. In the same report cited earlier, the NASA OIG highlighted discrepancies in Boeing’s obligations. Even though Boeing received almost twice the amount of funding from NASA than SpaceX received, OIG estimates that per-seat cost on Boeing’s Starliner are around $90 million, as opposed to the $55 million estimate for SpaceX’s Crew Dragon.

In 2014, NASA awarded Boeing and SpaceX with firm-fixed-price Commercial Crew Transportation Capability contracts that stipulated fixed prices for development, test flights, special studies, and crewed missions to the ISS. However, in September of 2016, Boeing managed to negotiate “a price that was substantially higher” for missions three through six. As OIG attests, “the terms of the contract...did not match the contract’s fixed-price table, which established mission pricing.” NASA justified their decision by saying that the higher price was “reasonable for the additional flexibilities” in crewed mission scheduling in an attempt to bridge the gap between the final Russian launched and first American launched missions.

Effectively, since Boeing realized that they were the only available option to fill the crew access gap once NASA’s contracts with Russia elapse, they used this information to charge a premium for their services. Even though the details of this deal were laid out in extensive detail in the original contract, Boeing saw a chance to capitalize on NASA’s failures and they took it, costing the American taxpayers millions in excess costs.

But the responsibility for this blatant manipulation doesn’t rest on Boeing alone. NASA has also been complicit. For starters, NASA grossly overestimated the risk of a gap in flights to the ISS “because they failed to take into consideration a normal flight cadence and the five Soyuz seats NASA planned to purchase from Boeing.” As the OIG report notes, NASA managers effectively gave Boeing carte blanche over the disbursement of funds purely because of the scheduling gap that Boeing claimed to be able to bridge. A gap that was never as big of a concern as NASA managers believed.

Furthermore, NASA disregarded multiple alternative options when it decided to give in to Boeing’s request for additional funding. Rather than doing their due diligence, NASA administrators just folded to industry requests from Boeing. During the internal investigation by OIG, “several NASA officials” told investigators that “a significant consideration for paying Boeing such a premium was to ensure the contractor continued as a second crew transportation provider.”

When President Kennedy called upon the nation to do the impossible and venture into the unknown, he called upon industry, academia, and government to work in concert to achieve a lofty goal. Presidents since have similarly asked for cooperation for the sake of exploration. Unfortunately, such cooperation seems to have turned for the worse towards cronyism and rent seeking by the very same agencies and corporations that formerly worked in harmony to land Americans on the moon.

In an effort to maximize profits for its shareholders, Boeing has stolen millions of dollars from the taxpayers. All the while, NASA has abdicated its responsibility and stood by, complicit in this theft. Fortunately for NASA, Boeing isn’t the only player with skin in the game. Although SpaceX is just as behind schedule as Boeing, at least SpaceX hasn’t abused taxpayers in such an egregious way. Hopefully, NASA will see this report as a wake up call and renegotiate the contract with Boeing to reflect the original fixed pricing index.

Americans have long stood by NASA and its mission to expand our horizons beyond what we thought was possible. But if that support is to remain, NASA must correct its course and properly manage its contractors and programs.