Repeal ObamaCare – Restore “The Consent of the Governed” 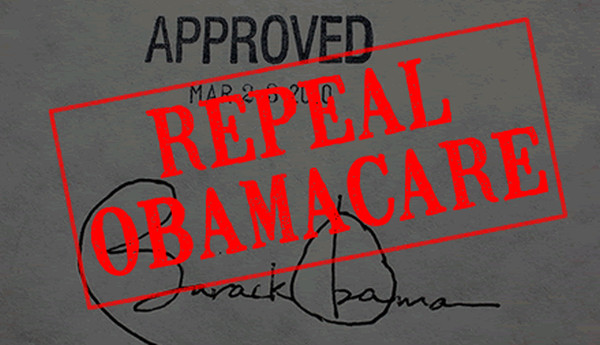 “We hold these truths to be self-evident, that all men are created equal, that they are endowed by their Creator with certain unalienable Rights, that among these are Life, Liberty and the pursuit of Happiness.--That to secure these rights, Governments are instituted among Men, deriving their just powers from the consent of the governed, …” The Declaration of Independence

Repeal ObamaCare – Restore “The Consent of the Governed”

The chief architect of ObamaCare, Jonathan Gruber, arrogated the following at an October 2013, University of Pennsylvania conference:

"(L)ack of transparency is a huge political advantage and basically, you know, call it the stupidity of the American voter or whatever, but basically, that was really, really critical to getting this thing (Obamacare) to pass."

Harmfully, almost every aspect of ObamaCare has been to deceive the governed (better known as the American public):

Keep in mind, deceit is not a violation of the Constitution, and is subject of judicial review. However, the persistent deceit by President Obama and the Democrats is an abuse of government power and is a moral wrong that must be stopped. Appreciating the imperative of moral leaders, President John Adams wrote, “Avarice, ambition, revenge, or gallantry, • would break the strongest cords of our Constitution as a whale goes through a net. Our Constitution was made only for a moral and religious people.”

The intentional, moral wrong associated with Obamacare has nullified “the consent of the governed.” In order to restore our system of governance, we must repeal ObamaCare and have an honest, public debate on healthcare in America.