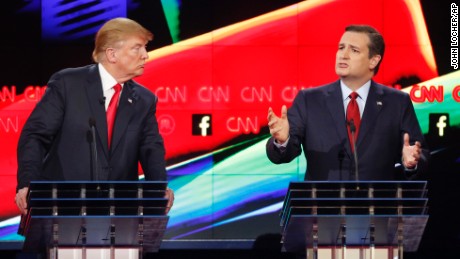 The issue of contention is whether the bulk collection of Americans’ phone records - without the need of securing individual warrants - makes us safer. Of course, the fact that such collection is not constitutional under the Fourth Amendment is also extremely important, but since the debate focused on pragmatism rather than principle, let’s start there.

On this point, the evidence is clear: supporters of bulk collection cannot demonstrate that it has ever stopped a single attack on American soil. They’re asking for permission to spy on us at will, without any proof that doing so will make us safer. Surely such an egregious breach of our civil liberties should require some fact-based justification before being allowed.

Furthermore, the claims being made about the attacks that have occurred in recent months - that they could have been stopped by bulk surveillance - are provably false for the simple reason that intelligence agencies were already collecting bulk data in the run up to these attacks. As Congressman Jim Sensenbrenner said in a recent press release, “the promulgation that the terrorist onslaught in Paris could’ve been prevented under the NSA’s overbearing bulk data collection program is fundamentally false. It was still in effect at the time of the Boston Marathon and Paris attacks, as well as the lead up to the attacks in San Bernardino.”

Sensenbrenner goes on to make another important point that is too often ignored: bulk collection is not only ineffective, but actually counterproductive. When intelligence agencies collect everything indiscriminately, the sheer volume of information is overwhelming. Important leads can be lost in the noise. Finding relevant information on planned attacks becomes as difficult as finding a needle in a haystack. On the other hand, a more targeted approach to surveillance, based on due process and probable cause, allows intelligence agents to focus on the most relevant information.

Americans are repeatedly told that we must choose between being free and being safe, that in order to be “tough” we must also be tyrannical. Don’t believe it. Defending America means defending the our way of life, and not throwing away the things that make us great. The Constitution, freedom of expression, privacy, due process, and freedom from fear of a government that can spy on us without cause at any time are among these things. The Republican candidates would do well to learn something about the values of the country they propose to lead.