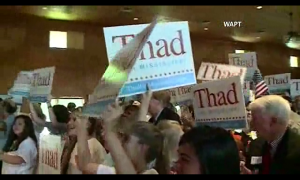 If there were ever any doubt the Republican establishment will do and say anything to stay in power, look no further than Mississippi.

While race card antics is the norm for Al Sharpton and Jesse Jackson, it’s shocking that the Republican establishment would stoop to an all-time low by mimicking the actions of left-wing activists.

Robocalls sent out by Cochran supporters implied the Tea Party and Chris McDaniel were racists. The recording told voters to “say no to the Tea Party and their disrespectful treatment of the first African-American President.”

Flyers were also sent out claiming Tea Party activists would try to stop black Americans from voting in the primary.

Democracy and Power 102: Voters are Rationally Ignorant Harmfully, the vast majority of the voters are rationally ignorant of most of our government actions. The public is ignorant of bills, legislation, regulations and taxes that ultimately impact their lives.