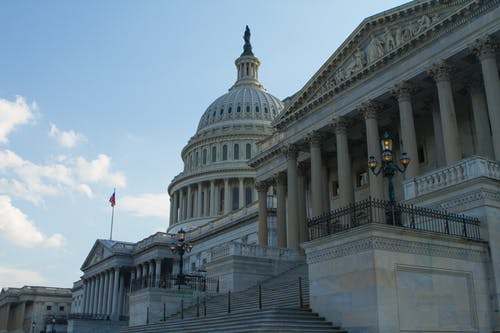 Since Joe Biden was sworn in as president, Democrats have taken advantage of their narrow majority in Congress and their control of the White House to ram through a radical agenda. From passing a $2 trillion socialist “stimulus” bill under the guise of pandemic relief, to enacting a flurry of job-killing executive orders, President Biden and his leftist allies in the House and Senate have abandoned their talking points urging “unity” in favor of pushing partisan legislation.

The policies promoted by Democrats in the few months have been extraordinarily destructive. President Biden and his allies have shown themselves to be catastrophically wrong on every important issue, ranging from tax policy to climate change, and Republicans can learn some crucial lessons from how the far left has governed.

It’s clear that Democrats are attempting to consolidate as much power in the hands of the federal government as possible — a goal antithetical to protecting individual liberty and the Constitution. While some of this change can be undone if Republicans regain their congressional majority, we know all too well that the GOP has failed to make good on promises to promote limited government and preserve freedom while they’ve been in charge.

From repealing Obamacare to securing the border, Republicans have promised voters that they would govern conservatively upon their arrival in Washington. Historically, these vows have rarely been delivered upon; even though doing so would be good for the nation. Scrapping Obamacare for a free market alternative and constructing a barrier on the southern border — unlike packing the Supreme Court and raising taxes — would improve the lives of millions of Americans.

The last few months have shown us how Democrats are often wrong, but never in doubt. Countless studies have proven that the multi-trillion dollar spending packages, tax hikes and executive orders promoted by Biden and Democrats in Congress would halt economic progress. And their recent efforts to pack the court and gut the filibuster show Democrats are willing to undermine any institution or safeguard that serves as a bulwark against their radicalism.

But no matter how many facts or statistics Republicans use in their critiques of far-left policies, this doesn’t resonate with much of the electorate. For years, Democrats have resorted to emotional appeals while conservatives continue to orient their campaigns towards addressing issues. It’s becoming obvious that if Republicans don’t start talking about how immoral these socialist policies are, rather than focusing purely on their ineffectiveness, we will lose the country to the far left.

Top Republicans must quickly get rid of their fear of media backlash or outcry from Democrats. In 2017 and 2018, when Republicans had a majority in Congress and controlled the presidency, some conservative legislation was passed. However, the GOP dithered when it came to key issues. This indecisiveness led to depressed turnout among conservative voters, and Republicans losing their majority in the House. If Republicans governed like they promised, the radical left would be kept from the halls of federal power, and America would be improving as a result.

Party leaders in the GOP must declare that the days of cowering from Democrats and their media allies are over. President Biden and his leftist buddies obviously aren’t worried about the reaction from the right to their promotion of such radical policies. Why should Republicans, who are on the correct side of these issues, bend the knee and refuse to enact conservative legislation?

The first three months of President Biden’s administration and Democratic control over Congress have resulted in extraordinary harm to the United States. But the GOP can learn a valuable lesson from their leftist counterparts: When you’re in the majority, keep your promises — and don’t apologize for it.