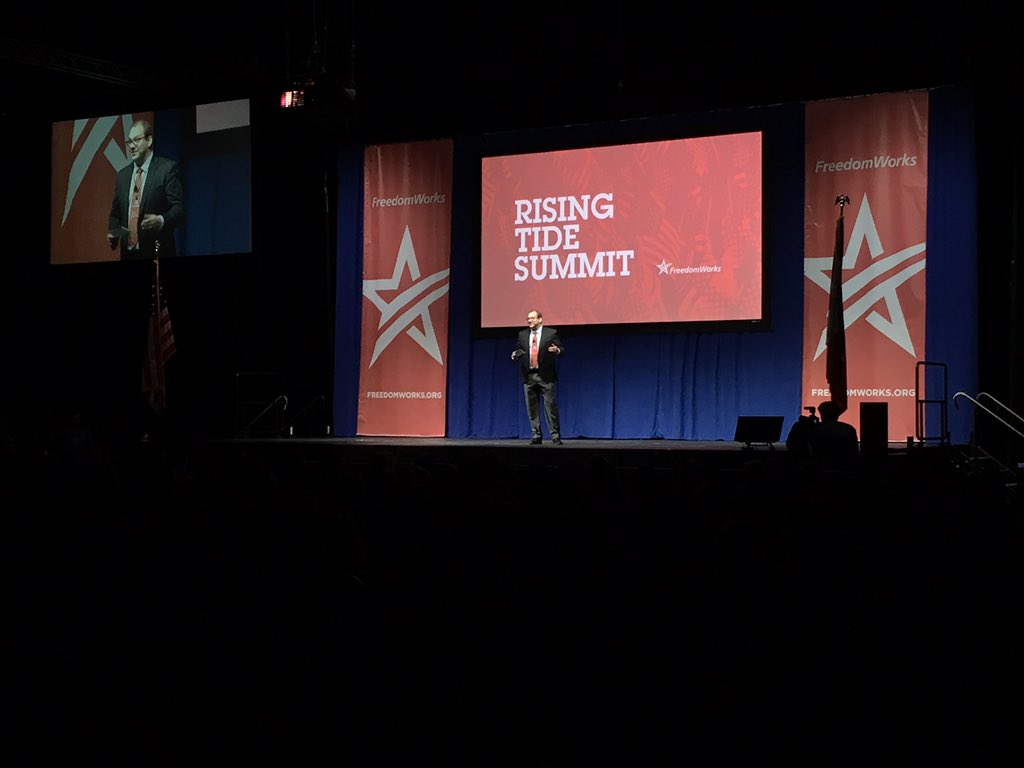 Saturday five of the leading GOP presidential candidates gathered here in Cedar Rapids for the Freedom Works citizens forum "Rising Tide." I participated as a moderator and speaker.

Rand Paul, Carly Fiorina, Ted Cruz, Ben Carson, and Rick Santorum were on their "A" game. Their message: fight a real, not a faux war on Islamic Terrorism, sharply cut tax rates and simplify the tax code, get government off the backs of business, and balance the budget by shrinking government.

As one participant from FreedomWorks put it: "[I]n this election, it's the Democratic field that look old, white, and worn out."

What was striking was that the differences between these four men and one women on policy issues were so minor. ‎The two criteria that seemed to dominate the 2,000 plus attendees in terms of picking a candidate were: One, who will keep their word and do what they say they will do in office? And two, who can beat Hillary?

Republicans in Iowa seem to be engaged in a mental balancing act between devotion to conservative principle and political practicality. Many seem to be adhering to the old Bill Buckley rule of politics: vote for the most conservative Republican who can win.

In the wake of the terrorist murders in San Bernardino and Obama's pitiful response, terrorism seemed to be the premier issue on the minds of these voters right now. As one Minnesota business owner told me at breakfast: "It keeps me up at night that we have such a clueless commander in chief." He could have been speaking for all of us.

Rand Paul had an army of young people in the audience who were boisterous and loud. Rand isn't going away and is underestimated. His poll numbers are weak, but Republicans desperately need his voters in November 2016 and better not toss him aside as some in the establishment would love to do.

Cruz was tough-minded on terrorism and gave a fabulous tutorial on the Constitution. Carson was thoughtful and witty, and conveyed ‎a horse sense on issues that was reassuring in the wake of his last poor debate performance. Carly brought the crowd to their feet for thunderous applause when she said: "I'm the one who should be debating Hillary Clinton." Who wouldn't pay to witness that slaughter?

My three take aways: first, it's a strong and impressive field this go around. ‎Second, where are the GOP governors? Half are gone from the initial field and Bush, Kasich and Christie were no shows. Third, the vast majority of Iowa voters that I met haven't made up their mind. The polls are pretty meaningless at this stage ladies and gentlemen. ‎It's wide open.

Don't be surprised if Iowa voters delivers another surprise winner in 2016.